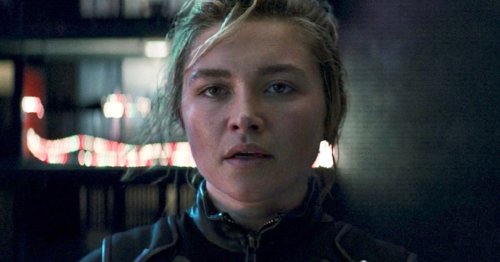 She’s baaaaaack. Florence Pugh’s Yelena Belova officially made her Hawkeye debut in last episode and it looks like she is here to stay.

In a new trailer entitled “Enemies,” Clint Barton (Jeremy Renner) recounts who is after him including Maya Lopez (Alaqua Cox), her tracksuit mafia, and Natasha Romanoff’s sister Yelena. We last saw Pugh play that role in Black Widow, where Contessa Valentine Allegra de Fontaine revealed to the young assassin that Barton “killed” her sister.

We will get to see how that misinformation plays out in the final two episodes. Speaking of which, this trailer promises more action and quips in the upcoming installments, especially from Pugh’s character. Plus there’s the mystery of what Kate Bishop’s (Hailee Steinfeld) mother Eleanor, played by Vera Farmiga is up to.

I wasn’t a big fan of the tone of the first three episode but really loved the pacing of this past episode. If the final episodes are anything like this teaser, we could be in for an early Christmas gift.