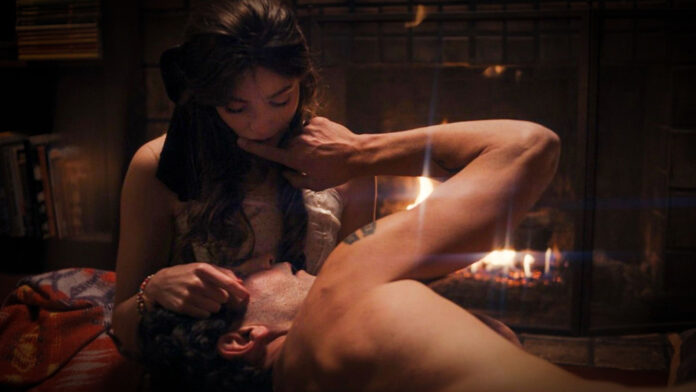 Hard to believe it’s that time of year again! Next month the 2022 Sundance Film Festival will kick off from Park City, Utah. Following this year’s all-virtual event, the fest will be going in a hybrid route, beginning on January 20th and running for 11 days. And as expected with the announcement of the feature lineup, the event is going to offer a diverse mix from all-around the world with an emphasis on first-time filmmakers.

Of the 82 features announced from 28 different countries, there are a few that have caught my eye. I’d be lying if I said this was the best lineup I’ve ever seen from Sundance, but there’s still plenty of stuff here to get excited over.

Here are my 10 most anticipated films from the festival at this moment, but trust me, that will change once I’m there on the ground. For the full list of features at Sundance 2022, go here!

The biggest film, I think, of the group is Lena Dunham’s Sharp Stick, starring Dunham, Dunham, Kristine Froseth, Jon Bernthal, Scott Speedman, Taylour Paige, and Jennifer Jason Leigh. Here’s the synopsis:  Sarah Jo is a naive 26-year-old living on the fringes of Hollywood with her mother (longing for money) and sister (longing for exposure). She just longs to be seen. When she begins an affair with her older employer, she is thrust into an education on sexuality, loss and power.

SYNOPSIS: When Brian Brown-Easley’s disability check fails to materialize from Veterans Affairs, he finds himself on the brink of homelessness and breaking his daughter’s heart. No other options, he walks into a Wells Fargo Bank and says “I’ve got a bomb.“

After Yang is the latest film from writer/director Kogonoda, who I’ll forever love for what he did on Columbus a few years ago. He’s reunited with star Haley Lu Richardson here, joined by Colin Farrell, Jodie Turner-Smith, Justin H. Min, Malea Emma Tjandrawidjaja.

SYNOPSIS: In the near future, a father and daughter try to save the life of Yang, their beloved robotic family member.

SYNOPSIS: When a woman in servitude in 1800s Georgia escapes the 55-acre confines of her captor, she discovers the shocking reality that exists beyond the treeline…it’s 1973. Inspired by true events.

Am I Ok? has a title that I hate and the unwanted inclusion of Jermaine Fowler. But it’s also Tig Notaro behind the camera alongside her significant other, actress Stephanie Allynne. Plus it’s got Dakota Johnson. Tough to complain about that. She’s joined by Sonoya Mizuno, Kiersey Clemons, Molly Gordon, and Sean Hayes.

SYNOPSIS: Lucy and Jane have been best friends for most of their lives and think they know everything there is to know about each other. But when Jane announces she’s moving to London, Lucy reveals a long-held secret. As Jane tries to help Lucy, their friendship is thrown into chaos.

SYNOPSIS: After the death of her husband, a young woman travels to Japan where she finds solace in an old friend. But when comforting turns to affection, she realizes she must give herself permission before she can fall in love again.

SYNOPSIS: Down on her luck and saddled with debt, Emily gets involved in a credit card scam that pulls her into the criminal underworld of Los Angeles, ultimately leading to deadly consequences.

Resurrection stars Rebecca Hall, who scored one of the festival’s big surprises last year with The Night House. Can she repeat with another thriller?

SYNOPSIS: Margaret’s life is in order. She is capable, disciplined, and successful. Soon, her teenage daughter, who Margaret raised by herself, will be going off to a fine university, just as Margaret had intended. Everything is under control. That is, until David returns, carrying with him the horrors of Margaret’s past.

Summering marks the return of writer/director James Ponsoldt to Sundance! After successful premieres with Off the Black, Smashed, The Spectacular Now, and The End of the Tour, Ponsoldt could use a bounceback after The Circle, which was dreadful. This looks like a lot of fun and right up Ponsoldt’s alley.

SYNOPSIS: It’s the waning days of summer for four friends Dina, Lola, Daisy, and Mari, who will soon be going their separate ways when they all start middle school. While planning how to spend their last weekend together, they stumble across a mystery that takes them on a life-changing adventure. Using investigation techniques learned from watching TV shows, the friends make a series of discoveries that are as much about solving the mystery as they are about learning the hard truths of growing up.

When You Finish Saving the World marks the feature directing debut of Jesse Eisenberg, and he’s working with a cast led by Julianne Moore and Finn Wolfhard. Need I say more? How about that it’s also being produced by Brigsby Bear director Dave McCrary, Moore herself, and Eisenberg’s Zombieland pal, Emma Stone?

SYNOPSIS: Evelyn and her oblivious son Ziggy seek out replacements for each other as Evelyn desperately tries to parent an unassuming teenager at her shelter, while Ziggy fumbles through his pursuit of a brilliant young woman at school.