Christopher Nolan is not messing around with the cast of his Oppenheimer film, as it’s looking to be one of the best he’s ever put together. Already set to have Cillian Murphy in the title role, and with Emily Blunt in talks to join him, Deadline reports that Robert Downey Jr. and Matt Damon close to signing on, as well.

Details on their roles are unavailable at this point. Murphy will play J. Robert Oppenheimer, a critical figure in the Manhattan Project that led to the creation of the atomic bomb. Blunt will play his wife.

Damon and Nolan worked together previously on Interstellar, while this is a first time for Downey who has been pretty busy with franchise stuff over the last few years.

The film is adapted from Kai Bird and Martin J. Sherwin’s book American Prometheus: The Triumph and Tragedy of J. Robert Oppenheimer. 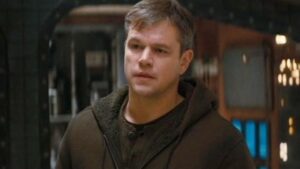 Oppenheimer will be distributed by Universal, the first time in years that Nolan has worked outside of Warner Bros., with the reason stretching back to the poor release strategy for Tenet and the latter decision to open films simultaneously on HBO Max. That’s not something he’ll have to worry about when Oppenheimer opens exclusively in theaters on July 21st 2023.

‘The Instigators’: Matt Damon And Casey Affleck To Star In Doug Liman’s Crime Film For Apple