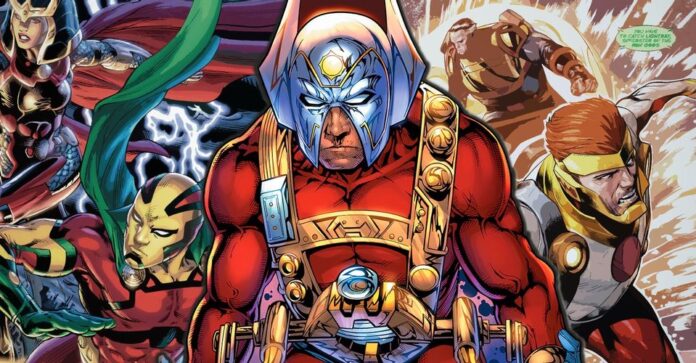 Our chance to see Ava DuVernay on a major superhero project when “POOF” earlier this year when Warner Bros. canceled her New Gods film for then-unknown reasons. The film, based on Jack Kirby’s other group of god-like characters (the other being Marvel’s Eternals), would have seen her paired up with Batman comics writer Tom King. The timing of the decision led many to speculate that it might have something to do with Zack Snyder’s Justice League, and in a recent Sirius XM interview DuVernay seems to confirm those rumors…

“The studio decided they did not want to pursue a certain part of that comic world based on some things that were going on with another film in that world. So, before I even was able to kind of complete my script with Tom King, they axed it,” DuVernay said.

Confused? What does the Snyder Cut possibly have to do with DuVernay’s project? Well, Snyder’s film included characters such as Darkseid, Granny Goodness, and DeSaad, who feature in Kirby’s New Gods. Clearly, the studio wanted to stay as far away from that cosmic corner as possible in order to get some distance from Snyder. That should tell you everything you need to know about his working relationship with the WB.

On the other hand, DuVernay is still very involved with them.  She’s got two DC Comics shows in the works right now. DMZ is coming to HBO Max with DuVernay directing the pilot, and she’s also developing a Naomi series for The CW that premieres in 2022.

oh wow she confirmed the studio cancelled new gods solely because of the snyder cut pic.twitter.com/8dXWT5GX7s