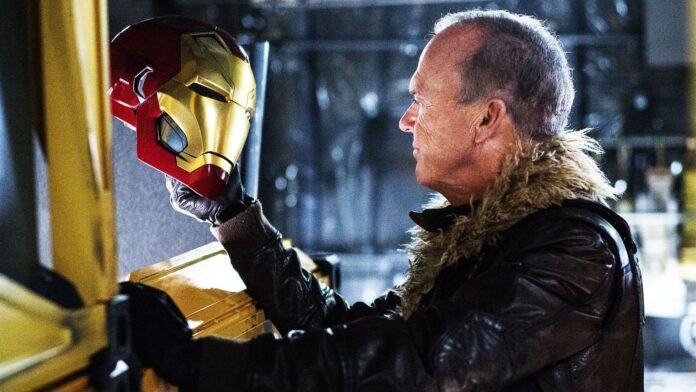 For someone who admittedly knows very little about superheroes, Michael Keaton sure does play them a lot. For a lot of people his Batman is the only one that matters on the big screen, and it’s a role he’s returning to for a new Flash movie. Not only that, but he played Vulture in Spider-Man: Homecoming, and we know he’ll have some role in Morbius coming up. And who’s to say he won’t appear in Spider-Man: No Way Home next month?

And yet, Keaton is not yet done with the Vulture role. Appearing on Jimmy Kimmel‘s show, Keaton teased “I’m shooting tomorrow…yeah, man. Some Vulture stuff.”

Oh really???? And what’s that about? It’s POSSIBLE they’re cramming in a post-credits for the No Way Home theatrical release, but then I doubt Keaton would be saying anything about that. The likelihood is he’s referring to some upcoming project we know absolutely dick about, so he can say this without giving anything away.

Perhaps this has something to do with Kraven the Hunter?  I don’t know. All I know for sure is that Keaton is having a moment in the world of comic books and he’s lapping it up.

Sony To “Lend” Spider-Man To Marvel Studios For Another Film