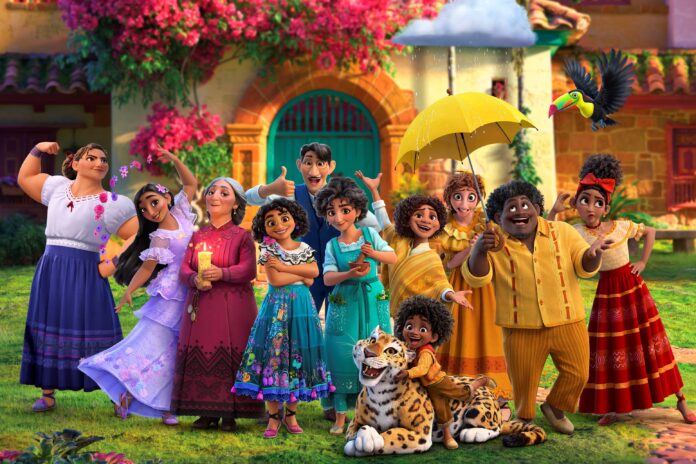 The Thanksgiving holiday proved to be a battleground between family-friendly fare. Getting the edge with $27M over its five-day release was Disney’s Encanto, which finished off the week with $40.3M. That’s a decent number but a bit on the low-end for a Disney release, even though this is the first non-Pixar Disney animated movie to open in theaters since Frozen 2. The timing might have actually hurt Encanto‘s numbers, along with a general impression through promos that it’s just Coco all over again. It’s unfortunate if that’s what people think because Encanto is a much better film if you ask me.

Jason Reitman’s nostalgia-fueled Ghostbusters: Afterlife held very well in its second week, falling just 44%. The film pulled in $24.5M over the weekend and $35.25M over the five days. In all, the film has $115M worldwide in just a couple of weeks, so now who ya gonna call? Reitman for another sequel, most likely.

Ridley Scott’s second movie of the season, House of Gucci, is faring better than his first, The Last Duel. The stylish crime saga opened with $21M over the five days, and $34M worldwide when overseas is taken into account. Those numbers are the best for a straight-up drama in over two years, as the pandemic really kept those movies relegated to streaming.  Obviously, Lady Gaga was a big driver of the audience, which was nearly 60% women.

So bringing Resident Evil back to its video game roots turned out to be a disastrous idea. The newly-rebooted franchise, with a completely new cast and 100% free of Milla Jojovich, opened to just $8.8M over the Thanksgiving week. Ouch. Reviews were pitiful, and the studio had such little faith in it they wouldn’t screen for most critics. Trust me, I tried and they told me to shuffle off to New York if I wanted to see it. No thank you. The previous films were hardly box office champs here in the States, but globally they were quite strong. I’m not sure that’ll happen this time, though.