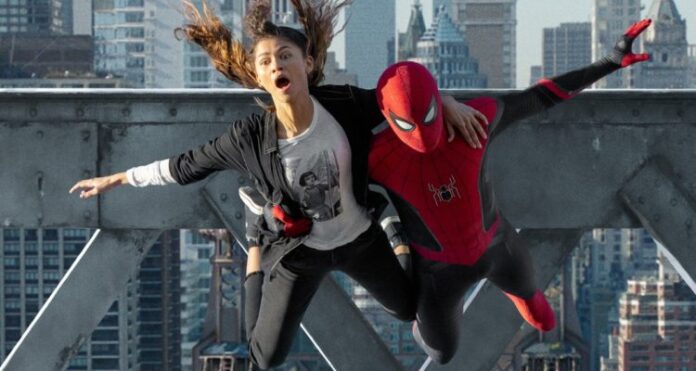 Could we be looking at the next box office juggernaut to join the ranks of Avengers: Endgame, Avatar, and Titanic? Spider-Man: No Way Home just scored the third biggest domestic debut ever with $253M, ahead of Star Wars: The Force Awakens‘ $247M. And that’s just part of the story, as the film also scored the third-largerst worldwide opening haul ever with $587M. Oh, this is also the biggest opening EVER for Sony Pictures. Think about that. And all of this was done without the benefit of the Chinese market, which is pretty incredible. This is a rare achievement for other reasons that venture into spoiler territory. But let’s just say that other franchises have used the same conceit as Spider-Man 4 in regards to paying homage to previous versions of a character. However, none have done it with the same level of fan excitement as this. The only downside? Numbers like these mean no other films did shit this week.

Despite really strong reviews and a wealth of star power on both sides of the camera, Guillermo Del Toro’s film noir remake Nightmare Alley had just $2.9M this weekend. Ouch. The film boasts the talents of Bradley Cooper, Cate Blanchett, Rooney Mara, and more, but none of that mattered against the Spider-Man behemoth. Willem Dafoe is probably having mixed emotions right now.