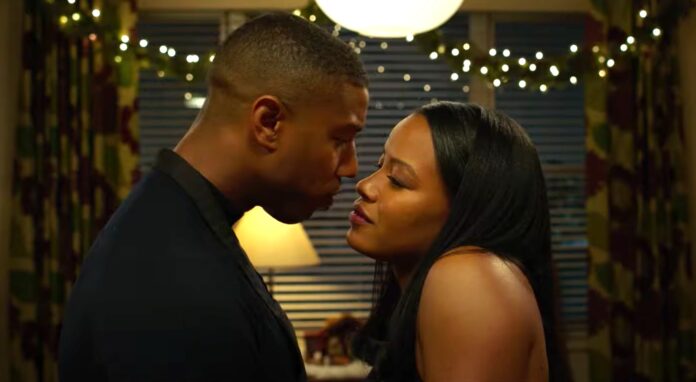 The story of a soldier stationed in Iraq who pens a journal for his unborn son is the stuff that holiday movies are built on. It’s not exactly the sort of thing you’d expect to see directed by Denzel Washington, but that is also part of the appeal of A Journal for Jordan. The other is its star, Michael B. Jordan, who could be a dark horse awards contender for his starring role.

Joining Jordan in the cast is Chante Adams (best known for Roxanne Roxanne and the A League of Their Own series on Amazon), who plays Dana, wife to Jordan’s deployed soldier Charles Monroe. Through Charles’ journal we see the entirety of their relationship play out, both the highs and the lows.

The film is based on a true story, captured in the memoir by Dana Canedy. I won’t give away all of the details in case you don’t know how this goes. Adapting the screenplay is Virgil Williams, an Oscar nominee for co-writing Mudbound a few years ago.

A Journal for Jordan opens in theaters on Christmas Day.

Directed by Denzel Washington and starring Michael B. Jordan with a screenplay by Virgil Williams, A JOURNAL FOR JORDAN is based on the true story of Sergeant Charles Monroe King (Jordan), a soldier deployed to Iraq who begins to keep a journal of love and advice for his infant son. Back at home, senior New York Times editor Dana Canedy (Chanté Adams) revisits the story of her unlikely, life-altering relationship with King and his enduring devotion to her and their child. A sweeping account of a once-in-a-lifetime love, the film is a powerful reminder of the importance of family.