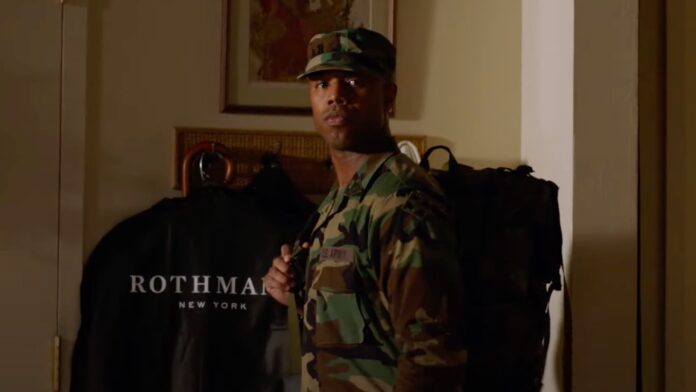 In terms of director/actor combos, few have greater potential than Denzel Washington and Michael B. Jordan. That’s why there was so much buzz surrounding A Journal for Jordan when it was announced back in 2018. The romantic drama is now set to arrive this Christmas, right in the thick of awards season when it is certainly to be a major factor.

In Washington’s first directorial effort since Fences five years ago, Jordan stars alongside Chante Adams (Roxanne Roxanne) as soldier Charles Monroe King, who began keeping a journal for his young son while stationed in Iraq. The film is based on the memoir by Dana Canedy, played by Adams in the film.

Adding to the film’s cred is a screenplay by Mudbound writer Virgil Williams. Also in the cast are Robert Wisdom (Bunny!!!), Tamara Tunie, and Johnny M. Wu.

A Journal for Jordan opens in theaters on December 10th.