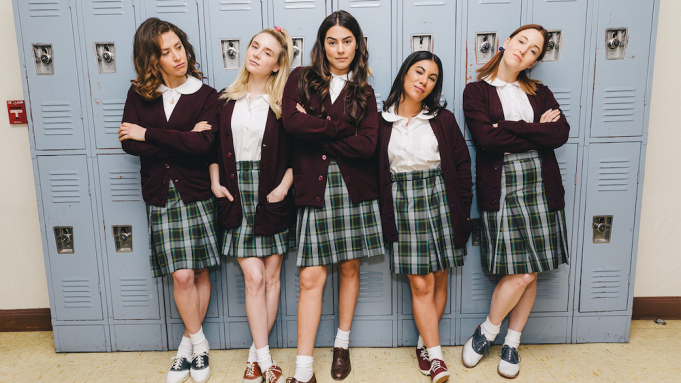 Debuting earlier this year at SXSW, Lissette Feliciano’s Women is Losers beat to the punch In the Heights when it comes to inspiring stories set within the Latinx culture. The film stars Lorenza Izzo (Once Upon a Time in Hollywood) as a young Catholic woman in 1960s San Francisco who has always done the right thing in hopes of making her dreams come true. But when she makes just one mistake, it has consequences that threaten everything she’s worked for.

The film also stars Pitch Perfect actress Chrissie Fit and some guy named Simu Liu who starred in something called Shang-Chi and the Legend of the Ten Rings. Never heard of it.

I had some issues with the film overall, calling it “uneven” despite a performance from Izzo that “attacks her role with maturity, showing a chameleon-like ability to shift from quiet teen to forceful adult.”  She’s a highlight so definitely don’t miss her in this.

In 1960’s San Francisco, bright and talented Catholic school girl Celina Guerrera (Lorenza Izzo) survives a difficult home life by following the rules. That is until an indiscretion creates a series of devastating consequences. As Celina faces the compounded obstacles of being young and alone, she sets out to rise above the oppression of poverty and invest in a future that sets new precedents for the time. Inspired by real women and the Janis Joplin song of the same title, WOMEN IS LOSERS world premiered at the 2021 SXSW Film Festival, where it finished as one of the most-watched of the festival.