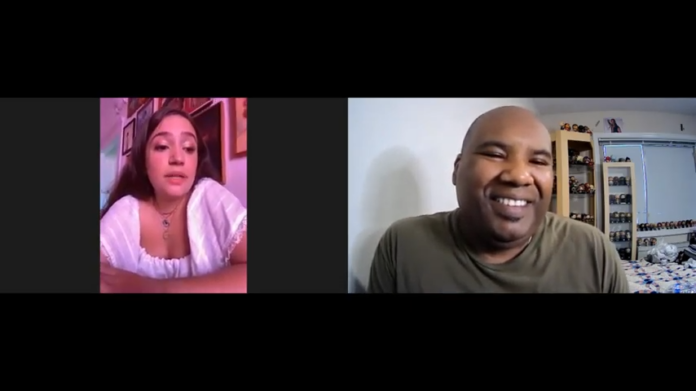 Going into SXSW and the film Witch Hunt, I had no idea what to expect. All I knew was the film was directed by Elle Callahan, and I was impressed by her previous effort Head Count in 2019. But more than that, I knew that it starred one of my all-time favorites, Elizabeth Mitchell of Lost fame, and more importantly, Gideon Adlon, who had been terrific in Blockers and The Craft: Legacy by that point.

I wasn’t disappointed. Witch Hunt is basically a modern day take on the Salem Witch Trials. Witchcraft is real and exists in the world, but is outlawed by the government who hunt down magic users and execute them in public displays of power. Adlon plays Claire, who begins the film resenting the witches she sees being abused in the hallways at school, while her mother secretly shelters witches who need help. Claire begins to change her mind when she must help a young witch escape capture.

Adlon won me over here just as she has in everything else she’s done, and I was happy to have a chance to speak with her about Witch Hunt. We talked about the film’s message of tolerance and how important it is today. We also discussed how this film helped shape her performance in The Craft: Legacy, which was actually shot afterward. And of course, I had to ask her what it was like working alongside Mitchell.

Witch Hunt is in theaters and digital now. You can check out my review here and the interview below!