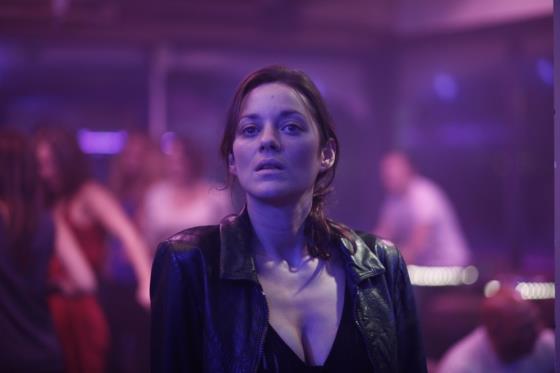 Since 2015, Kate Winslet has been attached to a film about model-turned-WWII war photographer Lee Miller. That project is finally starting to come together seriously, with Winslet reuniting with Eternal Sunshine of the Spotless Mind cinematographer Ellen Kuras, who will direct, and now a stellar cast of co-stars joining her.

Deadline reports Marion Cotillard, Jude Law, Andrea Risborough, and Josh O’Connor are joining the cast as the film gets packaged up for the American Film Market. A group such as this should make it an easy sell. The film will also have a script by Liz Hannah, Golden Globe-nominated writer of The Post.

“This is absolutely not a biopic. To make a story about Lee’s whole life, that’s a series worth for HBO. What we wanted to do was find the most interesting decade in her life, the one that defined who she was and what she became because of what she went through. It was the period from 1938-1948 that took her right through the war and her most defining time. That is the story we want people to know about Lee more than the many other parts of her life.”

Miller worked for Vogue magazine and was key in documenting atrocities committed by the Nazis during the Holocaust.

Cotillard is playing French Vogue fashion designer Solange D’Ayen, a close friend of Miller’s who was taken by the Nazis in 1942. Riseborough is powerful British Vogue editor Audrey Withers, another of Miller’s close friends but also one who refused to publish some of her photos for fear of how the country would react. Law plays artist Roland Penrose, the love of Miller’s life. And O’Connor, fresh off his Emmy win for The Crown, is Miller’s son Arthur Penrose, whose research was used to help Hannah with the script.

Shooting could begin next summer or early fall, with Alexandre Desplat on board as composer. This has awards season written all over it.