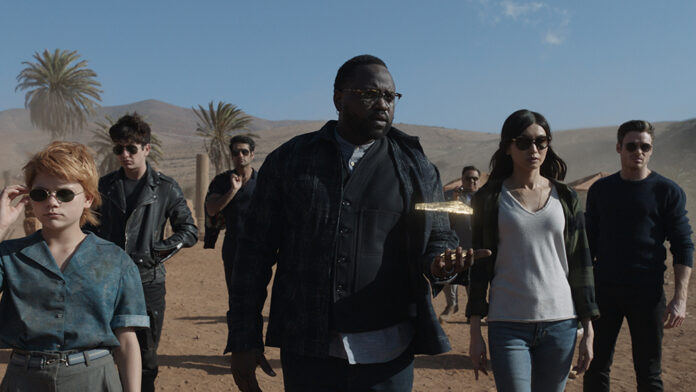 You already know by now not to leave your seat for a Marvel movie. I think parents raise their children with that critical knowledge. But in the case of the next MCU film, Eternals, you might want to stick around a bit longer according to director Chloe Zhao.

Zhao, in an interview with Fandango, revealed there will be more than one post-credits scene. Okay, cool. Sometimes when Marvel does this, one scene is important while the other is sorta jokey. Well, not this time. Both are important, she says…

“Yes! Don’t just stay for the first one — also stay for the second one, too. They are equally as important in weight, and both have big surprises for you.”

So big surprises? Check. How about a total “redefining” of the Marvel Cinematic Universe? That’s what Kevin Feige teases in a new Eternals featurette that will dig deep into the MCU’s origins at the cosmically-powered hands of the Celestials.

In short: Eternals is going to be majorly important when it arrives on November 5th. Could it also be the next Marvel film to make a mark at the Oscars, the way Black Panther did? Zhao has the credentials, and if anyone could do it, it’s her.

“The impact that @TheEternals will have on the MCU will be nothing less than redefining the cinematic universe.” ~Kevin Feige #Eternals tickets are on sale; be the first to see "the very creation of the Marvel universe itself." https://t.co/501VqGT6si pic.twitter.com/LBX1KHFWrs

The end was just the beginning. Experience Marvel Studios’ #Eternals, only in theaters November 5. pic.twitter.com/sfW2i4DQQL