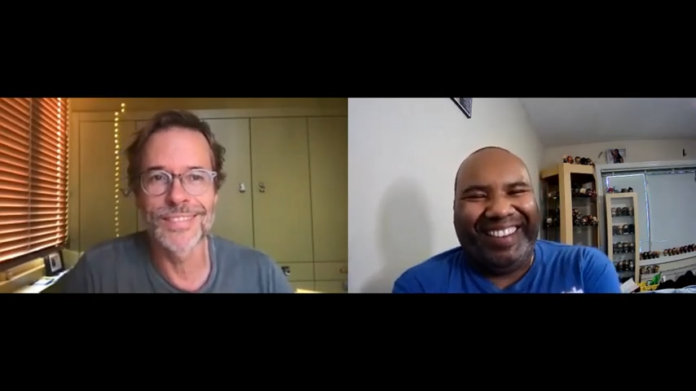 Guy Pearce has played more than his share of detectives, cops, and investigators, most notably in the film that introduced him to a lot of people, Memento. In the new sci-fi mystery Zone 414, Pearce is back on the case but in a future world where humans and androids exist, but to say they coexist is a bit of a stretch. His character, David Carmichael, is sent into Zone 414, a sordid place where humans go to play out their fantasies with the androids of their choosing, to find the missing daughter of the eccentric billionaire who designed the robots to begin with.

I tried not to geek out too much during the few minutes I got to talk with Guy Pearce about Zone 414. You can probably tell I was holding a lot in! We chatted about his ability to hide his Aussie accent, something I think he’s one of the best at, as well his fondness for investigative roles and what it was like working alongside Matilda Lutz who plays the femme fatale android, Jane.

Zone 414 opens on September 3rd. Check out my review here and the interview below.