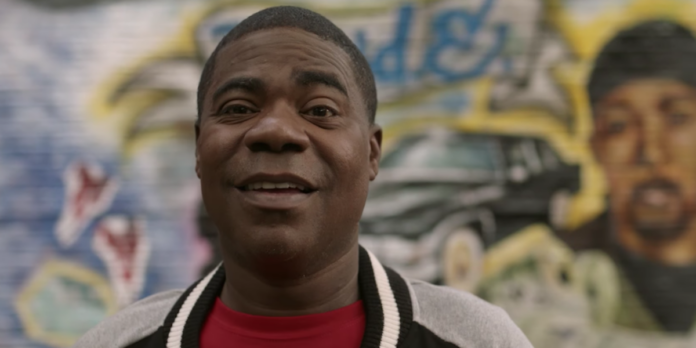 Whoever keeps asking for the Twins sequel, Triplets, to happen…please stop. In the works for nearly a decade, the followup to the oddball 1988 comedy that starred Arnold Schwarzenegger and Danny DeVito as siblings, was to include Eddie Murphy as their long lost brother. Well, now there’s one more reason for this movie to never happen because Murphy is out, replaced by Tracy Morgan.

This is not a step up. It’s not even a lateral move.

Deadline reports Tracy Morgan has replaced Eddie Murphy in Triplets. Murphy’s busy schedule is given as the reason for his exit, although I suspect he finally thought about it and decided this was not the movie for him. Morgan, who starred with Murphy recently in Coming 2 America, should fit right in.

The film will be directed by Ivan Reitman, who directed Twins and also Junior, another unfunny (That’s right, Twins ain’t funny) comedy with Schwarzenegger and DeVito. He also directed the future Governator in the far superior Kindergarten Cop. He hasn’t directed a feature film since 2014’s Draft Day. He continued to be a shepherd of the Ghostbusters franchise, including the upcoming reboot Ghostbusters: Afterlife, directed by his son Jason Reitman. 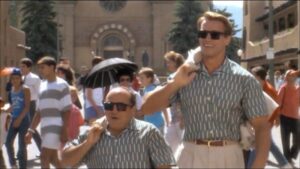 Here’s the Triplets synopsis from Reitman himself: “Secretly, there was a third baby born, a Black baby, who hasn’t been in touch with his sibling. They don’t know each other and very early in the movie they meet and it’s how they achieve a bond together after all these years. It’s really a film about family and, no matter how different we all are, we have to learn to get along. These guys have great chemistry together, and you can see that in the reel, and how much energy they bring out in each other.”