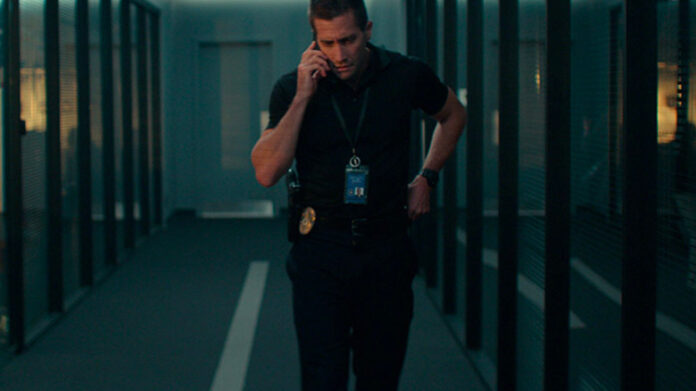 Manning the telephones, anywhere, is a thankless job. Now imagine you’re a 911 operator, and every call could be life or death. That’s the situation Jake Gyllenhaal finds himself in, playing a stressed-out dispatcher in Antoine Fuqua’s thriller, The Guilty, a remake of the 2018 Danish film.

Just a week after Netflix dropped the first teaser, they’ve now revealed a full trailer for The Guilty. A Southpaw reunion between Gyllenhaal and Fuqua, the film is largely set within a single location, capturing the high tension-factor of such a stressful job. Set over the course of a single day, Gyllenhaal’s character, who has plenty of troubles already, gets pushed to the edge when a seemingly innocent call turns out to be anything but.

The film has a script from True Detective writer Nic Pizzolatto, who has given the original story his own touch. In the cast are Riley Keough, Christina Vidal Mitchell, Eli Goree, Da’Vine Joy Randolph, and David Castañeda, while you might recognize the voices of Ethan Hawke, Paul Dano, and Peter Sarsgaard as callers.

“The film takes place over the course of a single morning in a 911 dispatch call center. Call operator Joe Baylor (Gyllenhaal) tries to save a caller in grave danger—but he soon discovers that nothing is as it seems, and facing the truth is the only way out.”

‘On The Come Up’ Trailer: Sanaa Lathan’s Directorial Debut Is A YA Drama Set In The World Of Battle Rap