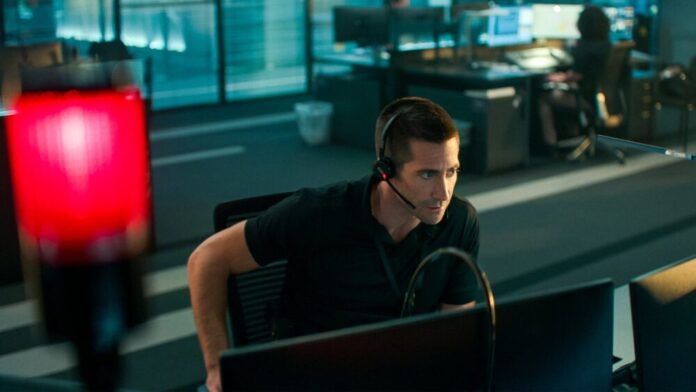 Jake Gyllenhaal has been a fan of The Guilty before it even became a thing. That is, he was hugely into the original Danish version of the thriller, directed by Gustav Möller and released in 2018. The actor loved it, moderating Q&S to show his support before ultimately pushing to get an American remake made with Antoine Fuqua behind the camera. The two worked together previously on the boxing drama, Southpaw, but this collaboration would be different. Because of COVID-19 they never actually got together during production, with Fuqua stationed inside of a parked van the whole time. Weird, eh?

Set over the course of a single day, The Guilty stars Gyllenhaal as a disgraced cop working the 911 desk. What seems like an ordinary shift goes haywire when he’s called by a woman who claims to have been kidnapped. What unfolds from there reveals itself to nothing that the call operator expected.

Netflix is going all-in with the marketing for this, too. Over the weekend, Gyllenhaal began posting a phone number to call that would play the first chilling phone encounter in the film. That phone number was also displayed in the skies above Los Angeles, assuming anyone could see it through the smog.

The Guilty hits Netflix on October 1st, but will play in select theaters on September 24th.