Home TV Disney+ Marvel’s ‘What If?’ Midseason Trailer Teases A Multiverse Of Trouble For The...
Facebook
Twitter 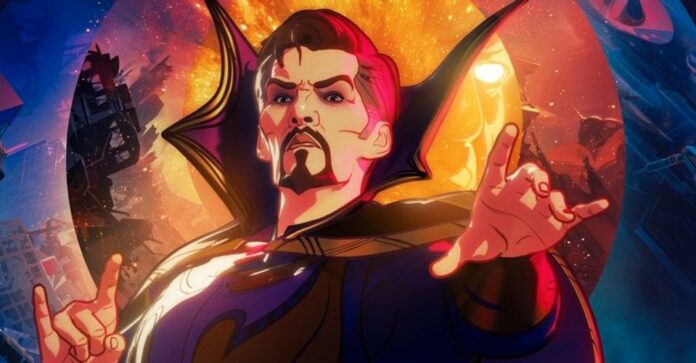 “Why stop at one hero, when we can show you all of them”, says Yondu in the new midseason trailer for Marvel’s What If? series. That has certainly been the calling card thus far, with interesting twists on our favorite heroes in stories that are like remixed versions of what we already know. That is except for the last few episodes which show the potential for something greater, whether it’s an Avengers murder mystery, evil Doctor Strange, or Marvel Zombies.  The big question is whether this ties into a larger story that impact the MCU?

While it isn’t spelled out in the new trailer, The Watcher’s (Jeffrey Wright) talk of “hope for the Multiverse” suggests the answer is “yes.” There’s a considerable amount of emphasis put on Doctor Strange, or more accurately, the evil Doctor Strange seen in episode 4. If there’s potential for an overall villain it could be him, and rumors are he could also be the Strange we see in Spider-Man: No Way Home and in Doctor Strange in the Multiverse of Madness.

New episodes of What If…? hit Disney+ every Wednesday.