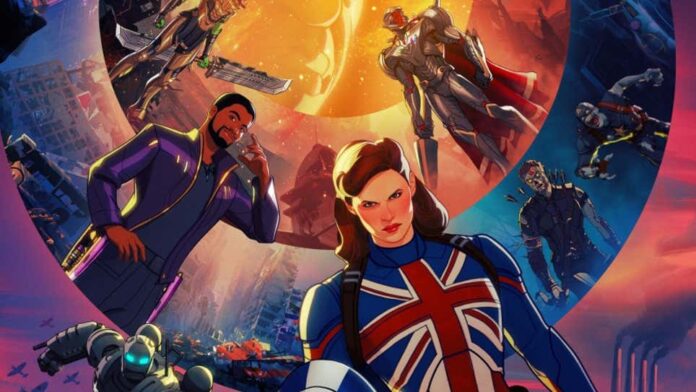 How different would the Marvel Cinematic Universe be if T’Challa was stolen away by the Ravagers instead of Peter Quill? Or if Peggy Carter took the Super-Soldier serum and not Steve Rogers? And Marvel Zombies, what if they were a thing? These are just a few of the questions explored in Marvel’s What If? series on Disney+, which has dropped a new trailer.

For fans of the live-action movies, part of what’s great about What If is having the original actors voicing their characters. That brings some added weight to the scenes with T’Challa, who is voiced by the late Chadwick Boseman.

The curious part is where exactly does What If fit in the overall scheme of things? With so much talk of the Multiverse going on, is this show just a one-off that will mean nothing when all is said and done? Or is this going to have a lasting impact that we just can’t see yet?

What If? debuts on Disney+ on August 13th, and is the fourth original Marvel Studios series to hit the network.

Disney+ unveiled a new trailer and poster today for Marvel Studios’ “What If…?,” showcasing the compelling series that reimagines famous events from films in the MCU. Creating a multiverse of infinite possibilities, “What If… ?” features fan-favorite characters, including Peggy Carter, T’Challa, Doctor Strange, Killmonger, Thor and more. The new series, directed by Bryan Andrews with AC Bradley as head writer, features signature MCU action with a curious twist.

Marvel’s ‘What If?’ Midseason Trailer Teases A Multiverse Of Trouble For The MCU