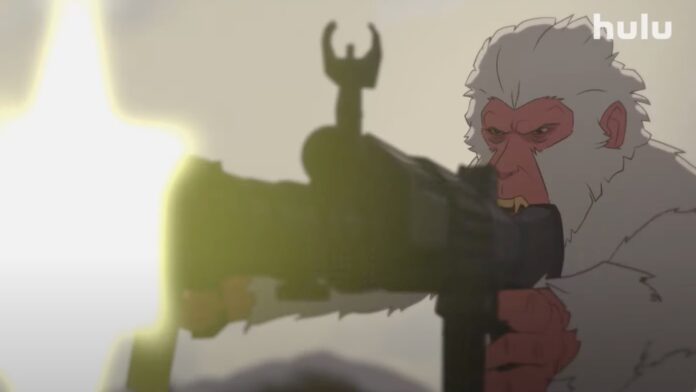 The dreadful Jeph Loeb era of Marvel Television is dead, but like a zombie it just doesn’t want to stay buried. Just as it was coming to an end, a slew of projects were announced and most of them have already been released, such as Helstrom (*shudder*), and MODOK (meh), both of which received only one season. Well, you can probably expect the same from the final series to come from Marvel Television, Hit-Monkey, which is a shame because this one actually looks pretty cool in an Archer sort of way.

Arguably the most unlikely series about a Marvel Comics character ever, at least until that D-Man show comes out, Hit-Monkey is about a killer macaque, which is a Japanese snow monkey, who sets out to get revenge on the assassins that murdered his clan. How’d he pick up such sweet sweet merc skills? In true Splinter fashion, he got it by watching an assassin train in the art of death-dealing. How else is a monkey going to learn?

The character went on to show up in the pages of Deadpool, which is exactly where such a ludicrous character should. As for the humor you can expect, the show was created by Will Gordon and Josh Speck, best known for comedies Office Christmas Party and Blades of Glory. That should tell you all you need to know.