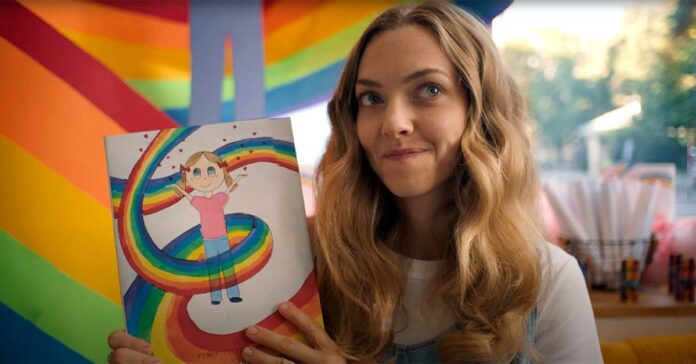 For her directorial debut, A Mouthful of Air, author Amy Koppelman has assembled quite a cast, led by recent Oscar nominee Amanda Seyfried. The story is one obviously dear to Koppelman, as she wrote the script based on her own novel about a writer whose life parallels her own.

Seyfried stars as a mother who, by all appearances, has a perfect life. She has a loving husband, a child she adores, and is a bestselling author. But there are dark secrets in her past that she has never allowed into the open, until forced to do so by the arrival of her second child.

A Mouthful of Air opens in theaters on October 29th.

Julie Davis, warm, kind, loving to her husband and child, is a bestselling children’s author. While her books deal with unlocking childhood fears, she has yet to unlock the dark secret that has haunted her own life. But when her second child is born, events occur that bring that secret to the fore, and with it, a crushing, powerful battle to survive.