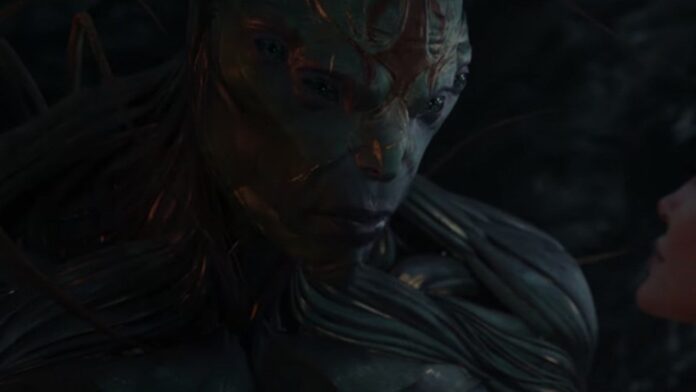 After starring in X-Men spinoff Legion for three seasons, has Dan Stevens found his way back to the Marvel Universe? In the recent trailer for Eternals, we hear the voice of Deviant villain Kro, and ever since there’s been speculation that Stevens is playing him. But is it actually true?

Stevens plays coy in his response to Collider on the question of his voicing Kro in Eternals, which has some thinking that he is…

“[Laughs] Kro comment. I mean, I said ‘Kro comment’ but I don’t know if that was cryptic enough. Even if I could say anything, I wouldn’t be able to and would have to try and kill you through Zoom. Is that cryptic enough? Is that more cryptic or less cryptic?”

If I had to guess, I’d say Stevens is definitely in. Then again, actors have been known to have fun with the press, especially when it comes to superhero flicks because they know fans scrutinize every word.

Eternals hits theaters on November 5th but we’ll probably know the truth before then.

Seems a lot like DAN STEVENS is Kro in #Eternals 👀🔥⚡️ pic.twitter.com/6SGkdP6w2N