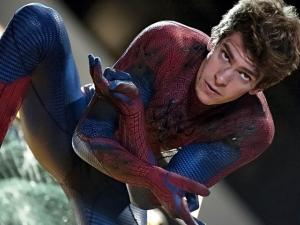 Andrew Garfield knows there’s nothing he can say convince people he’s not in Spider-Man: No Way Home. This is a sentiment he’s expressed before, and despite refuting the rumors over and over again, they have persisted. In fact, it’s gotten worse with the recent trailer’s release. So what’s the guy to do? Keep on denying, that’s what, while admitting that shit would be pretty cool if he, Tom Holland, and Tobey Maguire actually did show up in the same movie.

“I understand why people are freaking out about the concept of that because I’m a fan as well. You can’t help but imagine scenes and moments of ‘Oh, my God, how [frick]ing cool would it be if they did that?’” he told Variety. “But it’s important for me to say on the record that this is not something I’m aware I am involved in. But I know I’m not going to be able to say anything that will convince anyone that I don’t know what’s happening. No matter what I say, I’m f*cked. It’s either going to be really disappointing for people or it’s going to be really exciting.”

Hey look, it’s possible he’s actually not in the movie. That said…he’s in the damn movie. I mean, come on! Of course he is! No way Marvel lets this fan-popping opportunity slip out of their grasp!

Garfield will be seen next in The Eyes of Tammy Faye, which opens later this month. Spider-Man: No Way Home opens December 17th.