Home News Images ‘We Can Be Heroes’: Sharkboy And Lavagirl Are All Grown Up In...
Facebook
Twitter 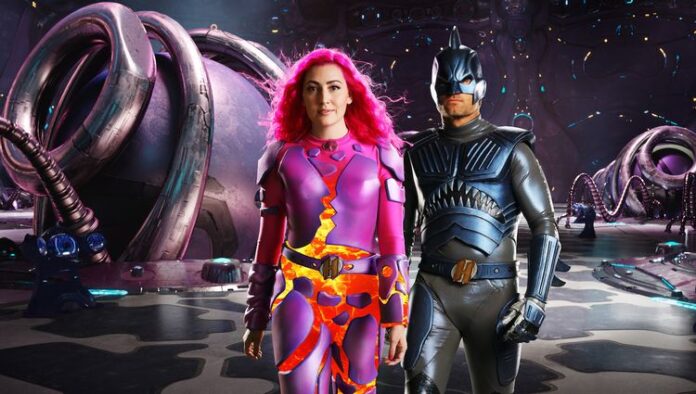 Sharkboy and Lavagirl are all grown up. And they’ve been busy! Recently, we learned Robert Rodriguez’s We Can Be Heroes was set in the same universe as his 2005 adventure film The Adventures of Sharkboy and Lavagirl 3D, and now today we have a look at them as adults, with one of the actors reprising their role and another who is curiously absent.

Taylor Dooley is back in the role of Lavagirl, who should probably be named Lavawoman by this point. However, Taylor Lautner hasn’t returned to play Sharkboy. Instead, he’s been replaced by JJ Dashnaw. Lautner has largely stayed away from acting and hasn’t starred in a film since 2016’s Run the Tide.

Vivien Lyra Blair plays Sharkboy and Lavagirl’s daughter, Guppy, who is seen in one of the newly-released images riding a metal shark. She’s just one of the children of Earth’s mightiest supes, The Heroics, who spring into action to rescue their parents and save the world.