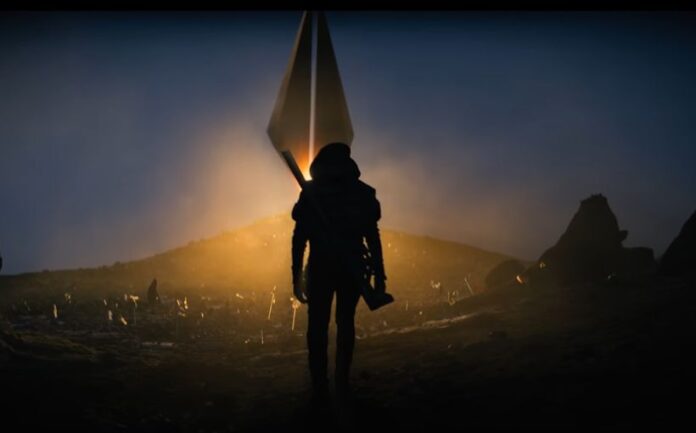 Foundation is one of Apple TV+’s flagship shows for their new season of original programming and it SHOWS. This new trailer for Foundation, which not only looks like the best Hollywood has to offer in terms of effects but has booked a cast that’s second to none. Don’t take my word for it, check out this list. You have Jared Harris as Dr. Hari Seldon, Lee Pace as Brother Day, Lou Llobell as Gaal Dornick, Leah Harvey as Salvor Hardin, Laura Birn as Demerze, and Terrence Mann as Brother Dusk.

Now I don’t think that this show is going to pull a Game of Thrones and enthrall the world, true sci-fi never does, but those waiting for the next big story from the stars have a lot to look forward to. The hyper-future tale not only showcases amazing set design, costumes and special effects but appears to tell a story from far in the future of genetic engineering. A ruling dynasty of genetic perfection on the verge of collapse and Jared Harris’s Dr. Seldon appearing to lead the revolution against them. We’ve still got a few months to wait, Foundation premiers September 24th, but at least that gives you time to figure out what streaming service you’ll dump in favor of Apple.

The Galactic Empire has brought peace to thousands of worlds, but the beliefs of one man now threaten their very existence. Foundation premieres September 24, only on Apple TV+ https://apple.co/_Foundation

Based on the award-winning novels by Isaac Asimov, Foundation chronicles a band of exiles on their monumental journey to save humanity and rebuild civilization amid the fall of the Galactic Empire