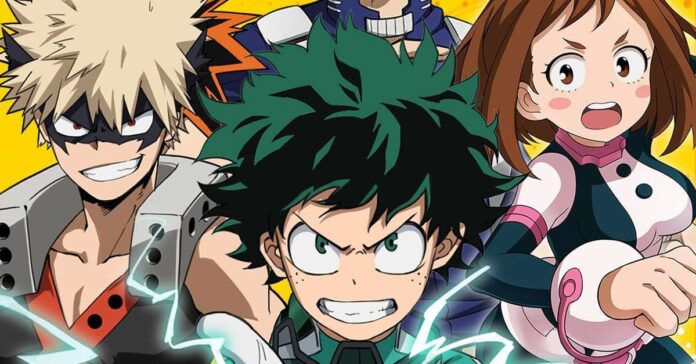 The story is a little bit like the film Sky High, if you remember that. It centers on Izuku Midoriya, a superhero fanboy in a world where 80% of the population develops superpowers, or “quirks”. However, Izuka doesn’t have any until a fateful encounter with the world’s most powerful hero, All Might, which leads to his enrollment in UA superhero academy where he can prove himself to be a hero in his own right.

My Hero Academia has been spunoff into a successful anime series that recently completed its fifth season. There have also been a number of animated movies, including last year’s My Hero Academia: Heroes Rising, and My Hero Academia: World Heroes’ Mission which opened in Japan last week. [Deadline]

Review: ‘My Hero Academia: Heroes Rising’, Deku And The Gang Step Up For Their First Assignment