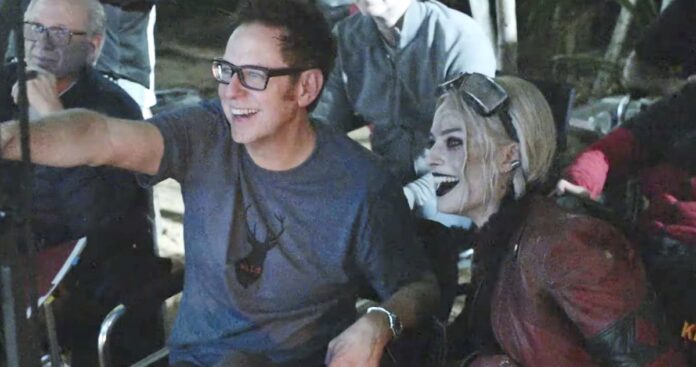 Although The Suicide Squad may not have killed it at the box office, James Gunn certainly seems to be sticking around the DCEU for a while, and Warner Bros. is happy to have him. Not only will there be a Peacemaker spinoff coming to HBO Max, but indications are that Gunn will do more superhero movies in the future. And considering how famously Gunn and star Margot Robbie got along recently, we could be seeing a reunion.

Gunn said as much while interacting with a fan on social media, he admitted to speaking with Robbie about working together again, but it won’t be the much-talked-about, seemingly-shelved Gotham City Sirens movie that would’ve featured Harley Quinn in a prominent role…

You might be getting ahead of yourself. Yes Margot & I have discussed working together again. But I’ve never discussed nor considered GCS, so, therefore, speculative articles aside, haven’t encountered any rights issues around the non-existent project. No sobbing emojis needed. https://t.co/LbST9tBLNb

I feel like Gotham City Sirens is a thing that will never happen, even with Robbie publicly stating her desire to see the Harley Quinn/Poison Ivy relationship on screen. The film was being developed by Suicide Squad director David Ayer, but those plans crashed and attention was focused instead on Birds of Prey. With Robbie saying that she needs a break from Harley, it could be a long time before we see her in the clown make-up again. She’ll be busy filming Wes Anderson’s upcoming project in Spain, her first time working with the director.

As for Gunn, he’s really into doing a second season of Peacemaker, and of course, Guardians of the Galaxy 3 begins shooting soon.