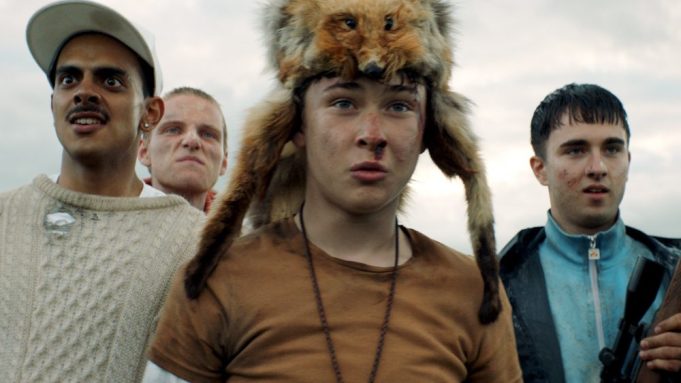 Formerly-titled Boyz in the Wood, the British comedy Get Duked has been one of the buzziest films on the festival circuit since last year. I’m surprised they changed the title at all, but given the current racial climate, biting off Boyz n the Hood probably isn’t the best look. Whatever the movie is called, the trailer is absolutely wild, crazy frenetic, and looks like the nuttiest teen adventure since Attack the Block.

Get Duked centers on four boys; three troublemakers and one straight-arrow, who go on an insane drug-fueled camping trip in the Scottish highlands, pursued by a strange huntsman and an inept police force.

SYNOPSIS: Dean, Duncan and DJ Beatroot are teenage pals from Glasgow who embark on the character-building camping trip — based on a real-life program — known as the Duke of Edinburgh Award, where foraging, teamwork and orienteering are the order of the day. Eager to cut loose and smoke weed in the Scottish Highlands, the trio finds themselves paired with straight-laced Ian, a fellow camper determined to play by the rules. After veering off-path into remote farmland that’s worlds away from their urban comfort zone, the boys find themselves hunted down by a shadowy force hell-bent on extinguishing their futures.