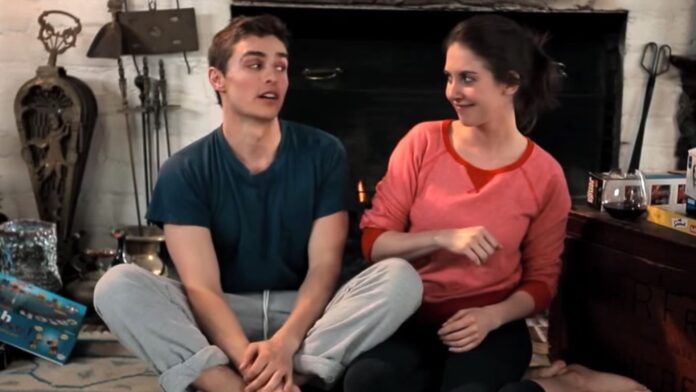 It’s so nice to see a husband and wife duo that enjoys working together the way Dave Franco and Alison Brie do. Following on Franco’s directorial debut, The Rental (which was pretty damn good), that starred Brie in a lead role, the two are teaming up again on an “elevated” rom-com titled Somebody that I Used to Know for Amazon Studios.

Brie and Franco co-wrote the film together, and she will take an acting role while he steps behind the camera as director. Also in the cast are Jay Ellis (Insecure) and Kiersey Clemons (Dope).  The story “follows workaholic Ally (Brie) who, on a trip to her hometown, spends a night reminiscing with her ex-boyfriend Sean (Ellis), which makes her start to question everything about the choices she’s made and the person she’s become. And things only get more confusing when she meets Cassidy (Clemons), a younger woman who reminds her of the person she used to be.”

Here’s what Franco had to say about the announcement:

“Alison and I love romantic comedies and were inspired by the classics from the 80’s and 90’s,” said Franco. “We couldn’t be more excited about working with Jay and Kiersey, who are both extremely natural performers, capable of bringing levity and drama in equal measure. And we’re so grateful to have partnered with Amazon Studios, who have been incredibly supportive in helping bring this project to life.”

Franco and Brie previously acted together in The Disaster Artist and The Little Hours. What’s that they say? The couple that plays together, stays together? Well, this is work but clearly they love it and so far it’s brought them both success.