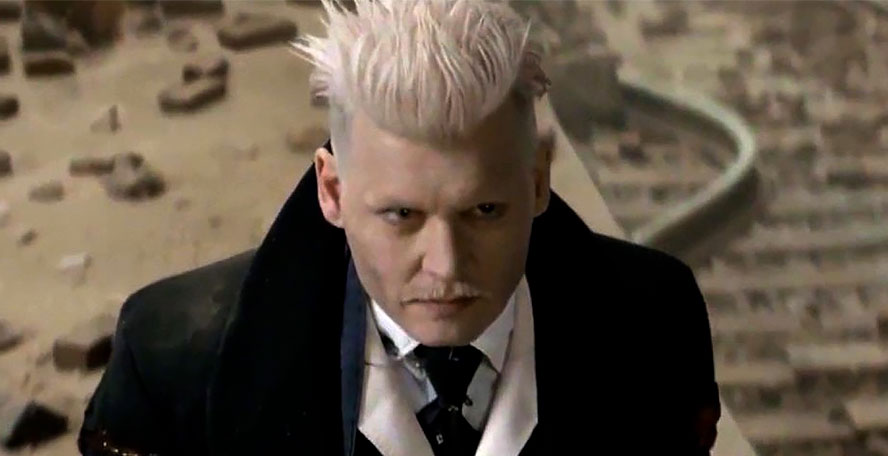 I don’t know a ton about the Harry Potter fanbase but to me they seem like an amiable bunch. However they’ve gotten pretty riled up over the continued presence of Johnny Depp in Fantastic Beasts: The Crimes of Grindelwald, in which he plays the titular villain, after allegations of domestic abuse against ex-wife Amber Heard. Director David Yates issued a pretty lousy defense of Depp recently, in which he basically dismisses the issue because not EVERY woman in Depp’s life thinks badly of him.

Now it’s Harry Potter author and screenwriter J.K. Rowling’s turn to voice her opinion on the issue. She’s also in the camp of rushing to Depp’s aid, albeit in the most passive way possible. Seriously, she manages to say quite a bit without really saying much at all except that Depp is staying.

When Johnny Depp was cast as Grindelwald, I thought he’d be wonderful in the role. However, around the time of filming his cameo in the first movie, stories had appeared in the press that deeply concerned me and everyone most closely involved in the franchise.


Harry Potter fans had legitimate questions and concerns about our choice to continue with Johnny Depp in the role. As David Yates, long-time Potter director, has already said, we naturally considered the possibility of recasting. I understand why some have been confused and angry about why that didn’t happen.


The huge, mutually supportive community that has grown up around Harry Potter is one of the greatest joys of my life. For me personally, the inability to speak openly to fans about this issue has been difficult, frustrating and at times painful. However, the agreements that have been put in place to protect the privacy of two people, both of whom have expressed a desire to get on with their lives, must be respected.  Based on our understanding of the circumstances, the filmmakers and I are not only comfortable sticking with our original casting, but genuinely happy to have Johnny playing a major character in the movies.


I’ve loved writing the first two screenplays and I can’t wait for fans to see ‘The Crimes of Grindelwald’. I accept that there will be those who are not satisfied with our choice of actor in the title role. However, conscience isn’t governable by committee. Within the fictional world and outside it, we all have to do what we believe to be the right thing.

Look, none of us knows what went down between Depp and Heard. Presumably, neither does Rowling unless these “assurances” came with a thorough explanation from both parties. All I know is this seems like the exact wrong climate to be dealing with this sort of thing, and I wouldn’t be surprised if there is some backlash. If this turns out to be the lowest grossing Potter film I wouldn’t be at all shocked.  Then again, Depp’s presence didn’t hurt Murder On the Orient Express at all.