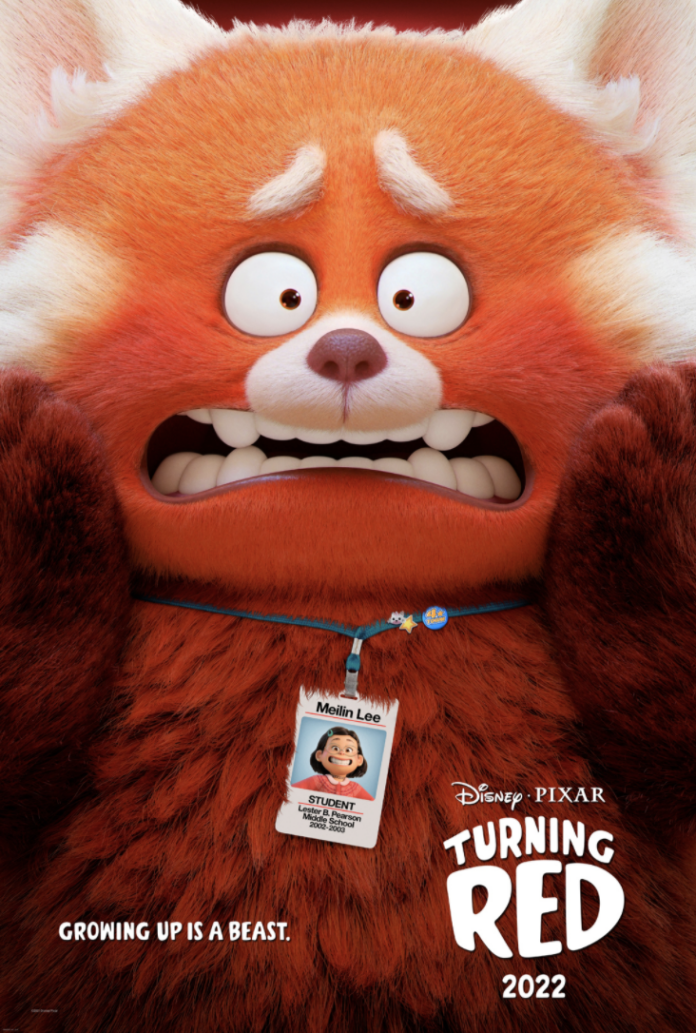 Domee Shi won an Oscar in 2018 for her animated short film, Bao, which made empty nest syndrome and hot steamed buns a heartwarming treat. Now she returns to Disney/Pixar with her feature-length debut, Turning Red, which is like Bruce Banner turning green as the Hulk, but a lot cuter.

Turning Red centers on 13-year-old Mei Lee, voiced by young actress Rosalie Chiang, who poofs into a furry, red panda whenever she gets too excited…which happens quite a lot. Golden Globe winner Sandra Oh voices Mei Lee’s overprotective mother who is never far away.

The plan is to release Turning Red on March 11th 2022, so there’s still quite a long time to wait. This trailer doesn’t do much but spell out the plot, which looks like it should be quite a fun riff on the mother/daughter relationship and budding adolescence, all topics Pixar has handled quite deftly in the past. We should expect the same here.

Young actress Rosalie Chiang lends her voice to Mei Lee, a 13-year-old who suddenly “poofs” into a giant red panda when she gets too excited (which is practically ALWAYS). Sandra Oh (“The Chair,” “Killing Eve”) voices Mei Lee’s protective, if not slightly overbearing mother, Ming, who is never far from her daughter—an unfortunate reality for the teenager.