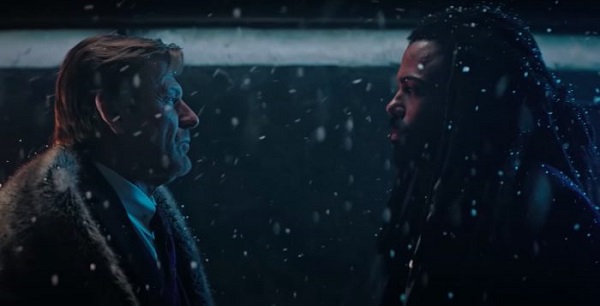 TNT’s reboot/remake of Bong Joon-ho’s criminally underrated film Snowpiercer has had a somewhat interesting yet rocky start in its inaugural season.  While some of the classicism took a little bit of a back burner at the beginning of the season, the bloody revolution towards the finale gave us plenty of fist-pumping moments as Layton (Daveed Diggs) and the “taillies” took over the “eternal engine.”  That was until the last moments when it was revealed there was another train going around the world in the frozen apocalypse, and this one is being led by none other than the almost worshipped Mr. Wilford (played by our favorite guy who dies: Sean Bean).

TNT already released a teaser trailer to show what’s ahead of the Snowpiercer Season Two premiere.  Now we get a full-fledged look at what’s in store as Leyton, the taillies, and Melanie (Jennifer Connelly) have to contend with Mr. Wilford, his forces, and his even larger train.