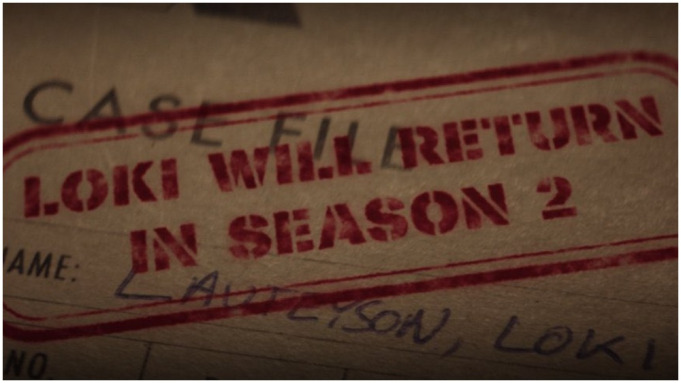 No spoilers for today’s finale episode of Loki, which features the God of Mischief (Tom Hiddleston) and Sylvie (Sophia Di Martino) discovering the mastermind behind the Time Variance Authority. But what can be revealed is that the show will be coming back for a second season, confirmed in a mid-credits scene that simply reads “Loki will return in season 2.”

This is the first of Marvel’s three completed shows to be confirmed for a second season. WandaVision, which just earned 23 Emmy nominations and would seem a likely bet to return, has yet to get a similar announcement. The same goes for The Falcon and the Winter Soldier, which received 5 Emmy noms yesterday. That series does seem to lead into a fourth Captain America movie, while WandaVision connects to Doctor Strange in the Multiverse of Madness as many things are doing in Marvel’s Phase 4.

The season finale of Loki also connects to the upcoming Doctor Strange sequel, which opens in March 2022. We can probably guess a second Loki season will arrive some time afterwards.