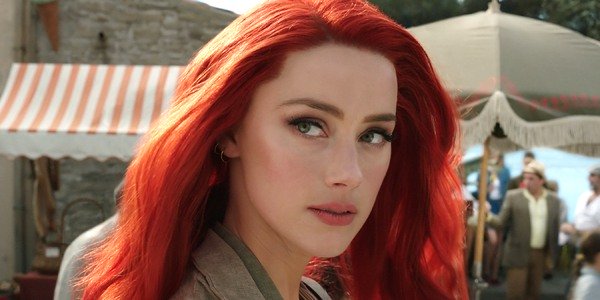 If you’re one of those losers who wastes their time on social media crying for Amber Heard to be kicked off Aquaman and the Lost Kingdom, I’ve got some bad news for you. The film’s producers really don’t care and aren’t listening.

A vocal minority of fans have been in an uproar ever since Heard was confirmed to be reprising her role as Mera in the superhero sequel. They feel that because her ex-husband Johnny Depp was kicked off Fantastic Beasts 3 because of the abuse allegations against him, she should have the same done to her because…equality? I don’t know. The whole thing is stupid.

Aquaman producer Peter Safran tells Deadline that even though he and Warner Bros. are well aware of what some are saying out there about Heard, they never considered removing her from the film…

“I don’t think we’re ever going to react to, honestly, pure fan pressure. You gotta do what’s best for the movie. We felt that if it’s James Wan, and Jason Momoa, it should be Amber Heard. That’s really what it was.”

“One is not unaware of what is going on in the Twitter-verse, but that doesn’t mean you have to react to it or take it as gospel or accede to their wishes,” Safran continued. “You have to do what’s right for the film, and that’s really where we landed on it.”

Amber Heard’s job has never even appeared to be in danger. The actress hasn’t been shy about rubbing that in the faces of her detractors, either. Good for her. Personally, I hope they double her screen time just to piss these folks off.

Aquaman and the Lost Kingdom opens December 16th 2022 and is shooting now.