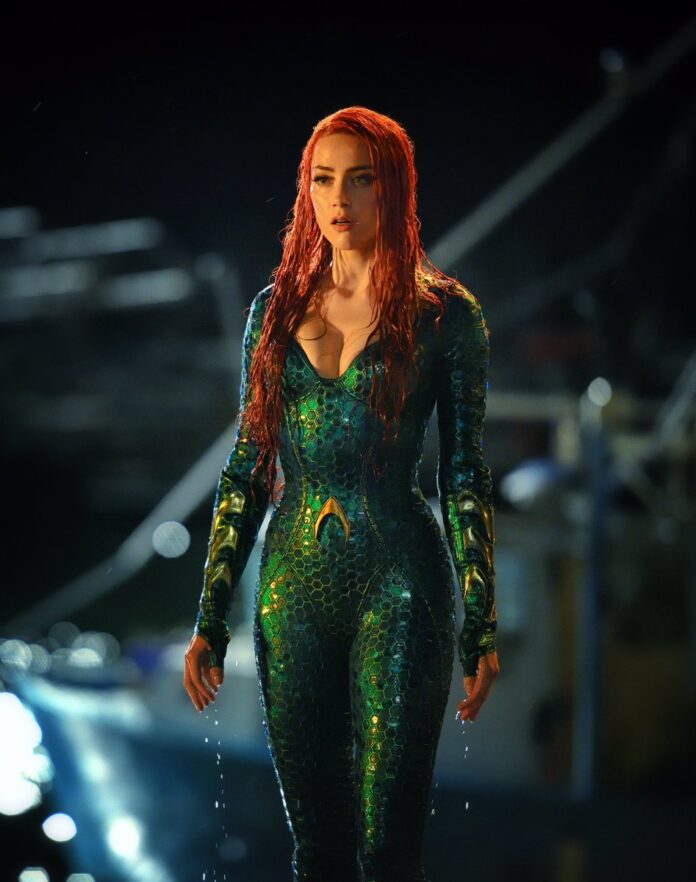 As you well know, the recent libel case Johnny Depp lost to a UK tabloid led to his firing from the Fantastic Beasts franchise. The reason? Well, basically a lot of really ugly stuff came out about his relationship with Amber Heard, with neither of them coming out of it looking very good. Because of this, an online petition with more than one million voters wants Heard to lose her job on Aquaman 2. Well, at least according to her, that ain’t happening.

Chatting with EW, Heard dismisses the power her social media detractors have to get her fired, and says she can’t wait to return as Mera in Aquaman 2…

“I’m super excited about the amount of fan love and the amount of fan appreciation that ‘Aquaman’ has acquired and that it has garnered so much excitement for Aquaman and Mera that it means we’ll be coming back. I’m so excited to film that.”

“Paid rumors and paid campaigns on social media don’t dictate [casting decisions] because they have no basis in reality. Only the fans actually made ‘Aquaman’ and ‘Aquaman 2’ happen. I’m excited to get started next year.”

Look, never doubt the power of the Internet and certainly don’t tempt them to come at you harder. If there’s one thing we’ve learned from the #SnyderCut mess it’s that Warner Bros. is susceptible to fan response.

Based on what Heard said, Aquaman 2 is looking to film next year. That’s news to us since nothing has been made official yet. It does make some sense, though, and we should expect to hear more on it soon.