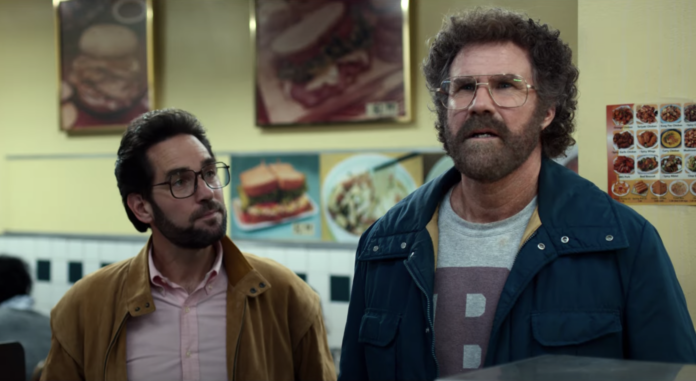 As Apple TV+ continues to grow as a power player in the streaming wars, it’s done quite well in the realm of series comedy. If I hear one more person telling me to watch Ted Lasson I’ll scream. But if there’s anything that will attract attention from those who have been reluctant to subscribe it’s a reunion of Anchorman duo Will Ferrell and Paul Rudd in the new series The Shrink Next Door.

Based on the hit Wondery true-crime podcast, The Shrink Next Door is based on actual events as incredible as that might be. Rudd plays Dr. Isaac “Ike” Herschkopf, a psychiatrist who slowly insinuates himself into the life of his patient Martin “Marty” Markowitz, played by Ferrell, and takes it over, living it better than him.

There’s so much comic talent involved here outside of Ferrell and Rudd. The cast includes WandaVision‘s Kathryn Hahn, Happy Endings‘ Casey Wilson, and To All the Boys’ Saraya Blue. Behind the camera is Michael Showalter, director of The Big Sick and the upcoming film The Eyes of Tammy Faye.

The Shrink Next Door hits Apple TV+ for 8-episodes on November 12th.

‘The Woman In The House Across The Street From The Girl In The Window’ Trailer: Kristen Bell Stars In Netflix’s Satire Of Mystery Thrillers