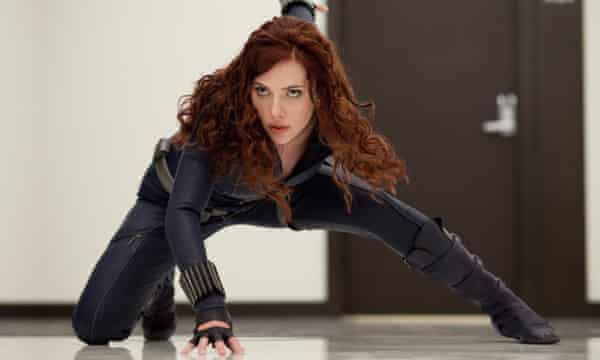 In a way the timing of Black Widow‘s arrival is fortuitous. The long wait endured by fans, who have been calling for Marvel to give Scarlett Johansson her own movie for years, finds the hero at a much better place than she was back in 2010 during her Iron Man 2 debut. How so? Well, the character was portrayed quite differently back then.

To be fair, Natasha Romanoff was undercover as eye candy, designed to catch the eye of Tony Stark (Robert Downey Jr.) and others, so the idea made sense. It’s something the Russian spy has done often in the pages of Marvel Comics. But looking back on it now, and all of the changes to the way women are portrayed on the big screen, it looks pretty bad. Looking back on it now, Johansson regrets the way Natasha was depicted, but is happy with the way the character has evolved. Here are her comments at a press roundtable captured by Collider…

“Obviously, 10 years have passed [since ‘Iron Man 2’] and things have happened and I have a much different, more evolved understanding of myself. As a woman, I’m in a different place in my life, you know? And I felt more forgiving of myself, as a woman, and not — sometimes probably not enough. I’m more accepting of myself, I think. All of that is related to that move away from the kind of hyper-sexualization of this character and, I mean, you look back at ‘Iron Man 2’ and while it was really fun and had a lot of great moments in it, the character is so sexualized, you know? Really talked about like she’s a piece of something, like a possession or a thing or whatever — like a piece of ass, really.”

She added, “Yeah, and at one point [Tony Stark] calls her a piece of meat and maybe at that time that actually felt like a compliment. You know what I mean? Because my thinking was different. Maybe I even would have, you know, my own self-worth was probably measured against that type of comment or, like a lot of young women, you come into your own and you understand your own self-worth. It’s changing now. Now people, young girls, are getting a much more positive message, but it’s been incredible to be a part of that shift and be able to come out the other side and be a part of that old story, but also progress. Evolve. I think it’s pretty cool.”

Marvel has definitely taken steps to give their female heroes more agency and focus less on their sex appeal. Black Widow, which finds Natasha taking on her complicated past, is the result of that and is getting terrific reviews from those who’ve already seen it.