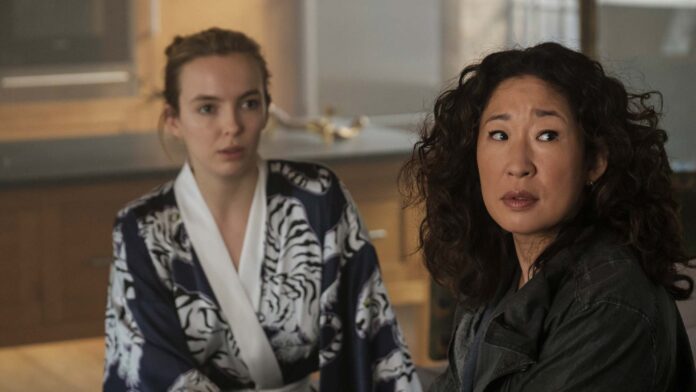 The fall TV season may be in a state of flux right now, but there’s something good right around the corner for Killing Eve fans. The Emmy-winning series returns for its third season two weeks early, premiering on April 12th on both AMC and BBC America.

“We know how adored this series is and we know how keen people are for great content right now. This season of ‘Killing Eve’ digs deep psychologically, and with actors like Sandra Oh, Jodie Comer and Fiona Shaw the results are nothing short of astonishing. We literally couldn’t wait for fans to see it”, said Sarah Barnett, AMC Networks and AMC Studios president.

Suzanne Heathcote takes over as showrunner, with Sandra Oh and Jodie Comer back as the titular ex-MI6 agent and assassin who stay mixed up in one another’s lives. The previous season concluded with assassin Villanelle shooting Eve, and season 3 will pick up from there.

SYNOPSiS: “For Villanelle, the assassin without a job, Eve is dead. For Eve, the ex-MI6 operative hiding in plain sight, Villanelle will never find her. All seems fine until a shocking and personal death sets them on a collision course yet again. The journey back to each other will cost both of them friends, family and allegiances… and perhaps a share of their souls.”