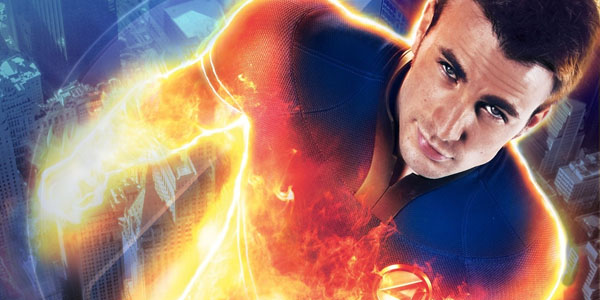 If a superhero movie doesn’t have a post-credits scene, does it truly exist? Ever since Marvel began the craze a decade ago fans know that sticking around through every possible moment is a must, and that’s whether you’re watching a comic book movie from Marvel Studios, Warner Bros., or Fox. Obviously that includes Deadpool 2, and you may have already heard a little about how insane that one is (If you haven’t, read my review), but the writers had another idea that would have gone even further and featured an appearance by another Fox/Marvel veteran.

Speaking with Uproxx, Deadpool 2 writers Rhett Reese and Paul Wernick revealed they had a post-credits scene in mind that would have included Captain America himself, Chris Evans.

Wernick said, “There were different codas kicked around. There were more X-Force interviews that were talked about. One was Chris Evans as Human Torch.”


Ohhh yeah, Chris Evans had a career before he donned the red white and blue of the Avengers’ leader. He played Johnny Storm aka the Human Torch in a pair of underwhelming Fantastic Four movies for Fox. Evans fit the role perfectly at that point in his career, and I think it’s safe to say he was a high point for that franchise.  Those movies aren’t as bad as they are often made out to be, either, but it was a different time with different expectations.

Anyway, it never came together because somebody chimed in with a better idea so Evans was never even asked. Reese adds, “No, no, we never got that far. Someone had the idea we actually did and we thought that was better. But we definitely had a lot more X-Force interviews with bizarre, random people coming in to interview.”


Hmmm…I’m dying to know about those X-Force interviews. Maybe on the Bluray release?