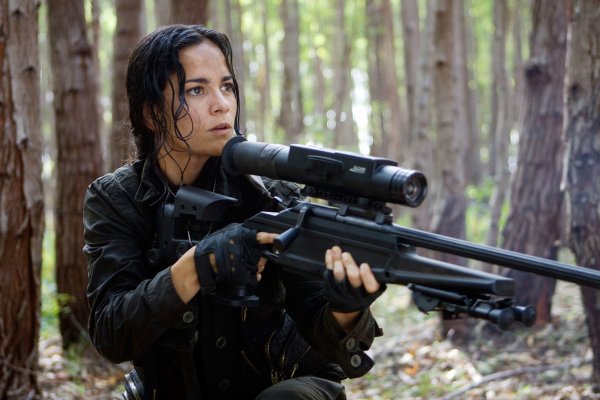 Announced two years ago and due to begin filming one year ago, Robert Rodriguez’s action film Hypnotic is finally moving again. With Ben Affleck still on board, the film has now added Queen of the South star Alice Braga to join him.

Deadline has the news of Braga joining Affleck in Hypnotic, which centers on a detective embroiled in a mystery involving a shadowy government program, his missing daughter, and the investigation into a series of impossible high-end heists.

The script is by Rodriguez and Max Borenstein, who previously wrote Kong: Skull Island.

Braga had her breakthrough role in City of God back in 2002, and has since moved on to much bigger things including New Mutants, I Am Legend, Predators, and Luca Guadagnino’s series We Are Who We Are. She’ll be seen next as part of The Suicide Squad cast.

Filming on Hypnotic begins in September so a 2022 release date is likely.