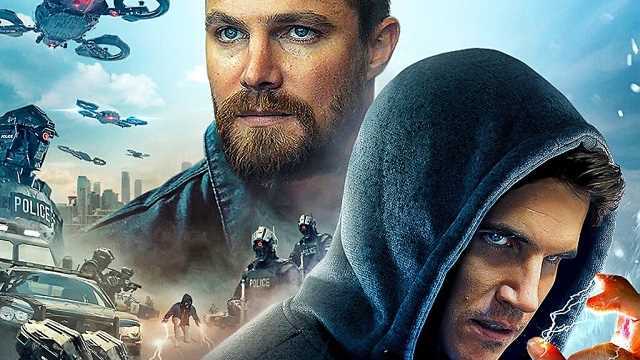 One of the great crowd-funding success stories, the sci-fi film Code 8 starred brothers Stephen and Robbie Amell. It became something of a cult favorite back in 2019, and launched a Quibi spinoff series that died along with the streaming service. But fans can take heart, because where one project goes away, a sequel has emerged in its place.

A Code 8 sequel is in the works, with the Amells returning alongside director Jeff Chan, who also created the 2016 short film in which the original was based. Original writer Chris Paré is also back to co-write the screenplay with Chan, along with Sherren Lee and Jesse LaVercombe.

Code 8 takes place in fictional Lincoln City and centers on the 4% of people who possess superpowers and are faced with advanced police technology.

Deadline says the sequel “follows the journey of a teenage girl fighting to get justice for her slain brother at the hands of corrupt police officers. After becoming a witness to the cover-up, she becomes a target and enlists the help of an ex-con (Robbie Amell) and his former partner-in-crime (Stephen Amell). Together, they face a highly regarded and well protected police sergeant who will use every tool to prevent himself from being exposed.”

Production on Code 8: Part II is to begin at year’s end. Robbie Amell can currently be seen on Amazon series Upload, while Stephen is set to star in the Starz wrestling drama Heels.