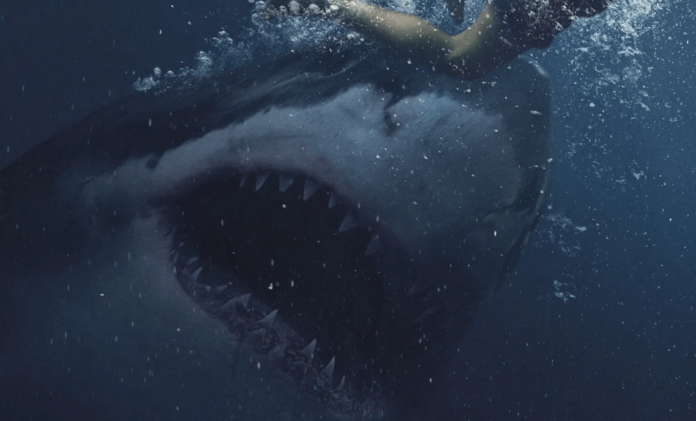 A group of friends go out in a seaplane, and after a series of unfortunate events, are suddenly at the mercy of a great white shark. In the same tradition of Jaws, Deep Blue Sea, and The Shallows, production company RLJE’s newest venture Great White combines the classic horror with a modern survival story.

In the new trailer, we see said group people being picked off one by one by a hungry shark as the remaining members try to figure out a way to get back to civilization. It seems no matter what they do, whether they swim and fish during the day or try to fix the raft by night, at least one shark is bound to find them and attack.

When a sea plane is destroyed in a freak accident, five people find themselves drifting on a raft. At the mercy of the tide and with no hope of rescue, the helpless situation takes a horrifying turn when they are terrorised by a ravenous great white.

Great White is directed by Martin Wilson and written by Michael Boughen and stars Katrina Boden, Aaron Jakubenko, Kimie Tsukakoshi, Tim Kano, and Te Kohe Tuhaka.It has already premiered internationally and will be released in the United States July 16th in theaters and VOD.