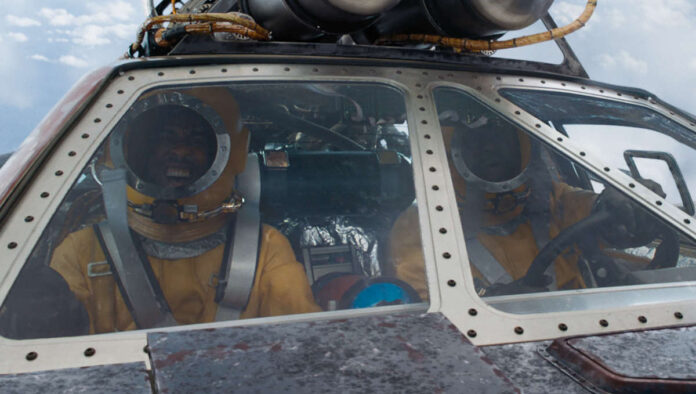 F9, yes THAT F9, the one with Vin Diesel breaking the laws of gravity in vehicles meant for the ground, is headed to the Cannes Film Festival.

Yes, THAT Cannes Film Festival, not some geek offshoot or anything, but the actual one.

That’s right. The Wages of Fear, Blue is the Warmest Colour, Pulp Fiction, Parasite, and now F9. In recent weeks we were promised that a “planetary blockbuster” would be headed to the acclaimed festival event that draws art house moviegoers from around the globe. And now Variety confirms that F9 will be that blockbuster.

Other options on the table were Dune, West Side Story, and No Time to Die, although that last one was ruled out pretty early. The news arrives as F9 has crossed $250M internationally, and that’s without having opened in most markets, including the U.S. Things are speeding along at a quarter-mile at a time, indeed.

So hey, it’s not like F9 is in competition or anything. So we won’t be able to label it “Palme d’Or winner”, as fun as that might be.

This actually isn’t too different from what Sundance does every year. They have a secret screening that is typically a blockbuster movie (I’ve seen Nymphomaniac, Get Out, and Fighting With My Family at these screenings) that wouldn’t typically play there. So I don’t know why this feels so much more ludicrous.

Wes Anderson’s ‘The French Dispatch’ Is Headed To Cannes