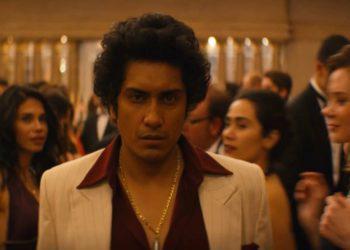 Upcoming Marvel movies have a reputation for being kept under-wraps but since Chadwick Boseman’s death last summer, details surrounding Black Panther: Wakanda Forever are few and far between. We do know that director Ryan Coogler will be returning with most of the cast from the first film including Danai Guirira, Letita Wright, Winston Duke, Lupita Nyong’o, Angela Bassett and Martin Freeman joining him.

However, the website Illuminerdi is claiming the sequel’s potential villain will be Namor the Sub-Mariner played by Mexican actor Tenoch Huerta. Seen in Narcos: Mexico and Sin Nombre, if this rumor is true, this will be Huerta’s first big blockbuster project. The inclusion of Namor could mean fans will finally be introduced to the Atlanteans and their underwater world. There was speculation that Sub-mariner and the Atlanteans were referenced by Okoye when she was updating Natasha Romanoff in Avengers: Endgame. As of now we don’t know how they are going to be incorporated in Black Panther: Wakanda Forever but Namor and his kind could be at odds with the Wakandans and the Dora Milaje. 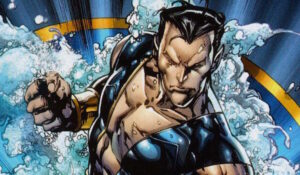 This bit of possible news is a longtime coming for the MCU. We reported back in 2019 that the aquatic anti-hero could appear in either the Doctor Strange or Black Panther sequel after a now deleted tweet from former Doctor Strange director Scott Derrickson hinted at silver screen appearance of Namor in the former surgeon’s second film. However, Derrickson has since left the project and the script reworked. That doesn’t mean though Namor couldn’t make a cameo appearance in the Doctor Strange In The Multiverse Of Madness as the two characters were often adversaries in the comics. That film is set for release on March 25, 2022, with Black Panther: Wakanda Forever hitting theaters July 8, 2022

‘Black Panther: Wakanda Forever’ Trailer: The Wakandans Show Who They Are As The Threat Of Namor Looms