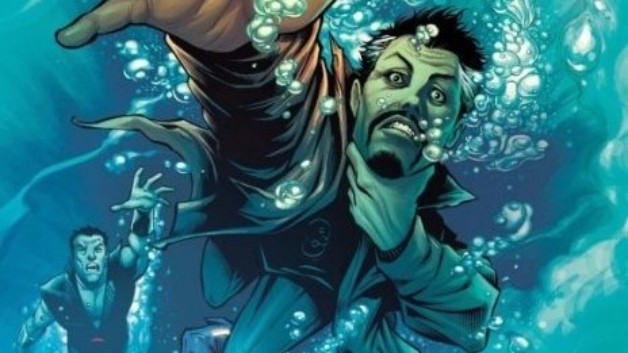 There have been plenty of teases for a Doctor Strange sequel ever since the Sorcerer Supreme debuted in 2016, some of them from director Scott Derrickson. His latest tease on Twitter was, depending on how you look at it, either a major screwup or a good way to get the fanboys in a craze that one of Marvel’s most important characters is headed to the MCU.

In a tweet that Derrickson has since deleted, he posted an image of Doctor Strange underwater with Namor the Submariner, captioned simply “Are you experienced?”.  What does this mean? Possibly nothing, but it’s a strange photo to share, and that he so quickly took it down suggests he knew what he was doing. Now, did he take it down because some Marvel suit told him he had shown too much too soon? Or did he delete it so fans could let their speculation run wild? The latter is what seems to be happening.

? If you can get your mind together

From the bottom of the sea

What’s interesting about this is that Namor is one of those characters fans have always wanted to see on screen alongside the Avengers. He’s got a past deeply connected to Doctor Strange, as they were both members of the original Defenders. But Namor’s movie rights have always been in a weird state of flux, existing somewhere outside of Marvel but not in the grip of either Fox or Sony, which is why nobody’s ever done anything with the character. It’s possible those issues have been cleared up and Namor has come home, but we don’t know for sure and may not until Doctor Strange 2 gets officially greenlit with a release date and everything.

Meanwhile, a source tells We Got This Covered that Namor is expected to cameo in Black Panther 2. They don’t have any further details on that, but it would make sense as Namor and T’Challa have the same contentious history with one another that they do with just about everybody.  It’s possible Marvel is diving right in and having Namor make the MCU rounds in multiple films, perhaps hoping to draw on the deep sea success achieved by Aquaman?

When I hear of Namor, Doctor Strange, and Black Panther together it gets me thinking of the Illuminati, a clandestine group that all three were members of. Secretly they moved the chess pieces of the Marvel Universe, manipulating events as they saw fit. Other members of the group? Charles Xavier and the Fantastic Four’s Reed Richards, who will become part of the MCU wants the Fox deal is done. If, and this is a HUGE if, all of these things are coming together at the same time it could point to where things are headed.