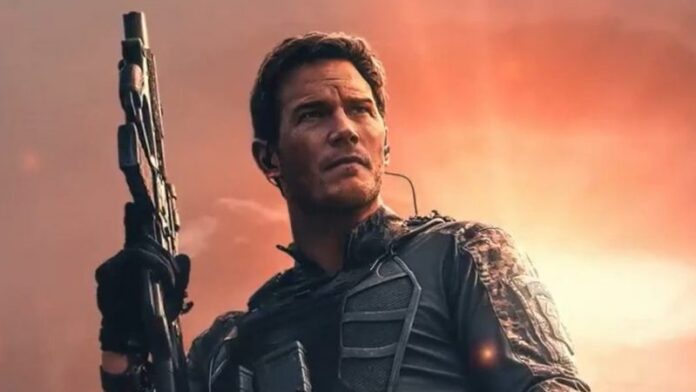 Of all the ways to interrupt the World Cup, soldiers from the future is the weirdest. The Tomorrow War is a sci-fi action flick that looks like it could be the start of another franchise for Chris Pratt. The teaser that dropped a couple of days ago didn’t show us much, nor did the character posters released yesterday, but now the full trailer is here to show us what’s in store.

Directed by Chris McKay (The Lego Batman Movie) in his first live-action film, The Tomorrow War stars Pratt as a teacher who is drafted into a war to save humanity from an alien invasion. The catch? That war is happening 30 years in the future, and he’s part of a ragtag bunch that will leave the present to engage in an unexpected battlefield.

All you had to tell me was Strahovski, Simmons, and Gilpin were in this. That’s all I needed. Give me this movie now. Too bad we don’t see more of the aliens, though, which tells me that perhaps their look is still being worked out by the visual effects team.

In The Tomorrow War, the world is stunned when a group of time travelers arrives from the year 2051 to deliver an urgent message: Thirty years in the future, humanity is losing a global war against a deadly alien species. The only hope for survival is for soldiers and civilians from the present to be transported to the future and join the fight. Among those recruited is a high school teacher and family man Dan Forester (Chris Pratt). Determined to save the world for his young daughter, Dan teams up with a brilliant scientist (Yvonne Strahovski) and his estranged father (J.K. Simmons) in a desperate quest to rewrite the fate of the planet.