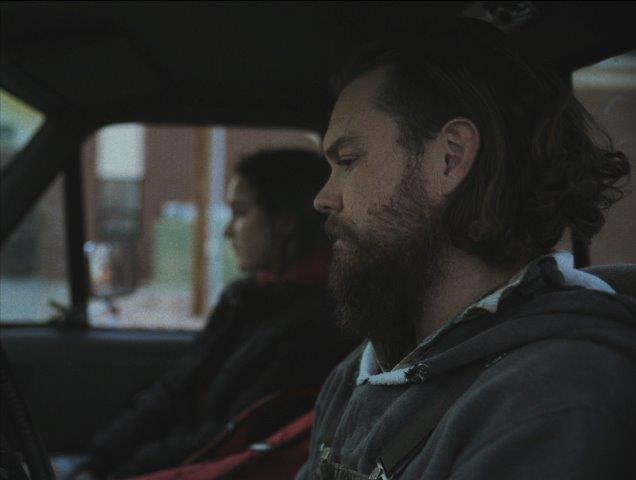 Let’s just keep it 100. Marriage is hard. The idea of a union between two people who love each other is often, well, for lack of a better term: romanticized. The idea that two people can meet, fall in love, and live happily ever after looks good from a bird’s eye view. But it’s very hard to maintain. Countless songs like “After the Love Is Gone” and even more films including War of the Roses, Marriage Story, and plenty others perfectly explain that nothing will remain as fun and fresh as it was when we finished our first dance of nuptial bliss. When the magic starts to wane, it becomes a hard partnership to manage, especially if there are different goals and children involved. For his latest film, director Robert Machoian (who in addition to directing, also wrote, produced, and edited) explores the disintegration of a marriage through separation in The Killing of Two Lovers.

From the opening frame, The Killing of Two Lovers is going to be deep. It starts with David (Clayne Crawford) standing over a bed in frustration. As the shot pans out, we see him standing above a bed where his wife Nikki (Sepideh Moafi) and her lover Derek (Chris Coy) are sleeping. Within the first 30 seconds, it looks like we are setting up for a crime of passion, which is a hell of a way to introduce everyone to the audience and we have literally no context for what’s going on.

Luckily for all parties involved, David opted to not pull the trigger and leaves before he can do the unspeakable. There we get to learn that David and Nikki have been separated. These high school sweethearts got hitched early, had four children, but eventually, the magic has left their love life and the two are currently separated. David lives at his childhood home with his ailing father. David and Nikki are trying to make the best of things. They divide time with their children as most couples who split/are in the process of splitting do. Because this is just a separation and not a full-blown divorce, the two are trying to figure things out on their own.

Their three youngest children (all boys) are too young to really grasp what’s going on. They know their parents are not living together, but they still enjoy spending time with their parents equally. However, their eldest daughter Jess (Avery Pizzuto) is already a teenager, and this split is affecting her deeply. After David catches Jess trying to skip school, she flats out and tells him that “mom’s cheating” on him. While this split agreed that the two could see other people, David isn’t (as evidenced by the gun in the opening scene), and he already knows about his wife’s new lover. He even low-key stalks the guy when he’s supposed to be working. Things really take a bad turn when Nikki and David go out on an agreed-upon “date night” to try and rekindle their passions for each other, but Nikki is hesitant and distant. Of course, her lover showing up at the house to be cursed off by Jess makes things even more awkward.

Because The Killing of Two Lovers has a literal “Chekhov’s Gun” in the opening scene, you can’t help but have some tension and apprehension for the inevitable conclusion that will have David, Nikki, and her lover Derek colliding with disastrous results. We see Dave go through the motions of his frustration and anger that his marriage has fallen apart, and as a result, his family is falling apart as well. When the third act comes, it seems a foregone conclusion as to what is going to happen. However, the ending of the film is both surprising and disappointing at the same time as it sort of goes how you would expect, zigs a little, then zags. This helps provide a somewhat realistic way of how this scenario might play in a real-life situation, but it also leaves the audience wanting just a little bit more.

Clayne Crawford is outstanding in The Killing of Two Lovers as this is mostly his story as we spend most of the time with him. While he is mostly known for his role in the Lethal Weapon TV show, his performance in this film showcases he’s ready to step up to the big leagues. Unfortunately, this leaves most of his other co-stars to play a substantially more supporting role. In addition, because we spend most of the time with his character Dave, by default, the audience is rooting for him, at the detriment of Nikki’s character who unfortunately may be interpreted as the “bad guy” in the relationship, even though Dave tells his daughter Jess that she isn’t the bad guy. The film might have been better served playing an almost “both sides” display of characters and their experiences throughout the film. Speaking of the film, it’s shot incredibly well. Filmed in Utah, The Killing of Two Lovers definitely has that small-town feel to it, and the land capes and cinematography are incredible.

While the subject matter of The Killing of Two Lovers isn’t exactly happy or inspiring, it’s a very earnest take on how difficult relationships can be and showcases the lengths some people can go through to try and make things work, they just need to have a level head, or things can possibly spiral out of control.

The Killing of Two Lovers is currently available in select theaters and on VOD.