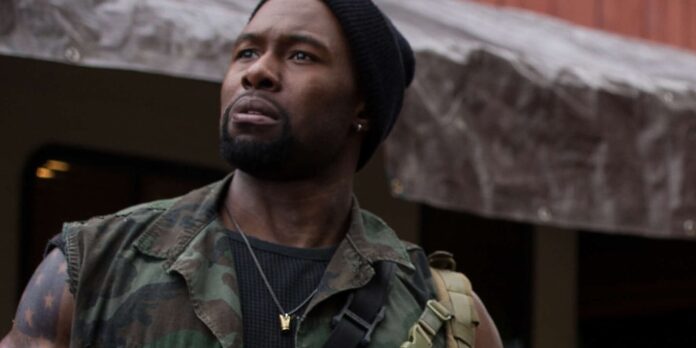 Of all of the people who would be the right fit to play boxing champ Iron Mike Tyson, one of the best choices is Trevante Rhodes. The Moonlight actor will don the gloves as Tyson in an upcoming limited series on Hulu.

THR reports Rhodes will play Tyson in Iron Mike, a biopic series from I, Tonya screenwriter Steven Rogers and that film’s director Craig Gillespie. Karin Gist will act as showrunner. The series will follow Tyson’s rise to become the youngest World Heavyweight Champion at the age of 20. From there he courted public controversy with his marriage, then a rape conviction that led to a handful of years in prison. When Tyson did mount a boxing comeback, he gained infamy for biting Evander Holyfield’s ear.

If you’ve seen Rhodes in action, especially on The Predator, you know he’s got the physicality to play Tyson. Moreso than Jamie Foxx, who we know is starring as Tyson in an upcoming series directed by Antoine Fuqua. Rhodes was most recently seen in The United States vs. Billie Holliday, and also had a role in Bird Box.

Hulu has yet to set a date for Iron Mike but we’ll fill you in when they do.