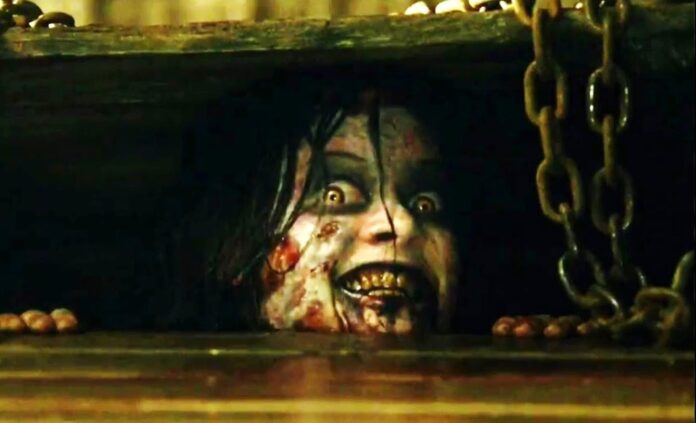 It’s been almost a year since we first brought news of the next installment in the Evil Dead franchise, then titled Evil Dead Now. Confirmation has come out today that the upcoming film, now called Evil Dead Rise, is a lot closer then we thought. It’s been reported that the film has returned to the studio that originally brought it to wide audiences, New Line Cinema…the OG small budget horror movie house. Moreover, it will debut on HBOMax, though it’s unclear if joint release is in it’s future. Lee Cronin, Sam Rami’s handpicked director to move the franchise forward, will be steering the ship into uncharted waters, moving the story into the city. Evil Dead has always been a cabin in the woods franchise, or, I guess sometimes Castle in the woods if we’re including Army of Darkness but, in an article from TheHollywoodReporter it sounds like we’re heading for much different ground:

Evil Dead Rise takes the undead action away from the cabin in the woods and into the city as two estranged sisters’ reunion is cut short when flesh-possessing demons thrust them into a battle for survival. The film is led by Alyssa Sutherland, known for Spike’s The Mist and History’s Vikings, and Lily Sullivan, whose credits include features Picnic at Hanging Rock and Jungle.

Normally this would be a huge red flag for me, but I’m comforted by the fact that both Rami and franchise star Bruce Campbell are producing and both have always been protective of the franchise. I suppose the question we have to ask is what made the series special to start? Can the deadites still draw fans without Ash, without the isolation? We won’t have to wait long to find out, the film is set to start shooting this June in New Zealand, I’d imagine we’ll get a premier date in the first quarter of 2022, if not sooner.