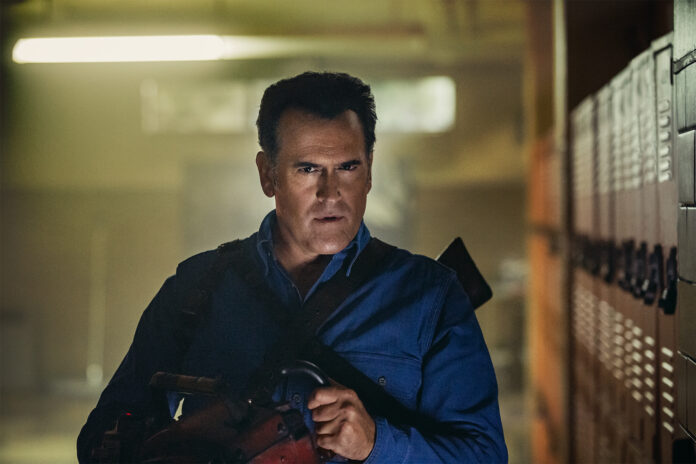 There are always talks of a new Evil Dead movie, but this time the rumors are true. Bruce Campbell spoke with Empire and confirmed the existence of Evil Dead Now, which not only has the iconic Ash actor and Sam Raimi involved, but a director is already in place.

“We’re just getting off the phone with Lee Cronin, who is writing and directing the next ‘Evil Dead,’” Campbell revealed. “It’s called ‘Evil Dead Now.’ Sam handpicked Lee – he did a cool movie called ‘The Hole In The Ground.’ We’re going to get that sucker out as soon as practical.”

As Campbell said, Cronin isn’t a known commodity but his film The Hole in the Ground made a big splash at Sundance last year. He also directed an episode of Raimi’s Quibi horror anthology, 50 States of Fright, which is quickly becoming a breeding ground for his future collaborators.

Campbell talked a little bit about what to expect, and it sounds like Evil Dead Now will be similar to Fede Alvarez’s remake in 2013 in that it will stand apart from the classic movies…

“From this point forward, they kind of have to stand on their own. Which is fine. And liberating. You could have different heroes, different heroines in this case. This one’s gonna be a little more dynamic. We just want to keep the series current. And the mantra, really, is that our heroes and heroines are just regular people. That’s what we’re going to continue.”

It sounds like Raimi is going to try and get Evil Dead Now going as quickly as possible, but with so much still in flux what that means is unclear.